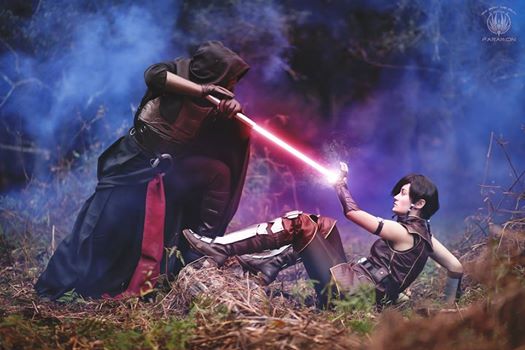 We love bringing you great Star Wars/ SWTOR cosplay and art so here we are with something awesome from So Say We All. The photographer is a fan of cosplay and has many great photos on his fanpage that we think you will like. For this one, however, we want to highlight a Revan and Satele Shan cosplay done recently.

Wasn’t certain I could do this hand effect perfect but looks pretty good to me in the end 😛 .. this is a variation of…

This is pretty awesome if you ask us. Here’s the description from the poster:

Wasn’t certain I could do this hand effect perfect but looks pretty good to me in the end tongue emoticon .. this is a variation of the point in the cinematic where Satele stops a saber with the force, Bam.

If you check out their Facebook page, you will see some other fantastic shots from this photoshoot. Be sure to leave them a comment and tell them what you think, and let them know we sent you!

Revan is a fictional character in the BioWare video game Star Wars: Knights of the Old Republic, in which he is the playable protagonist. He also appears in related media in the Star Wars expanded universe.

Satele Shan was a Human female who served as the Jedi Order’s Grand Master during the Cold War and the Galactic War between the Galactic Republic and the Sith Empire. 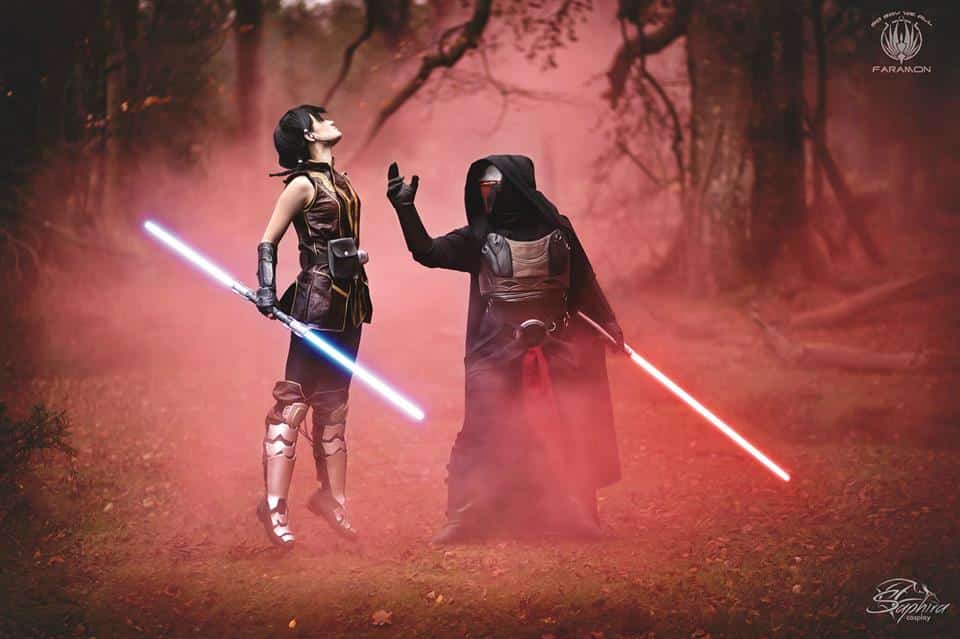 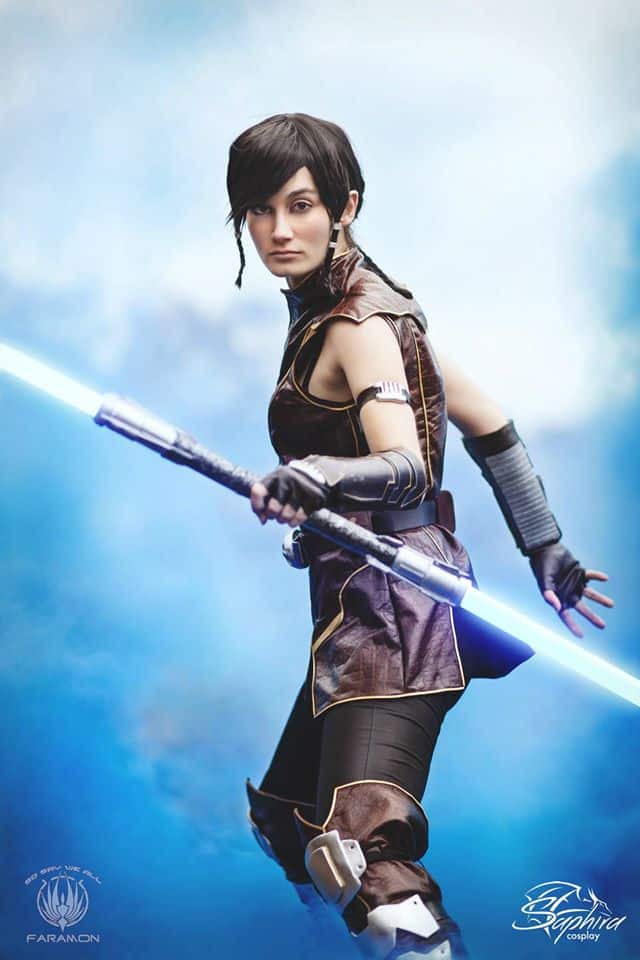