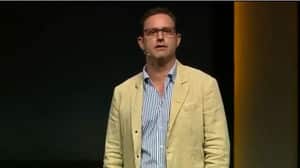 BioWare Austin General Manager Matt Bromberg recently spoke with AusGamers about Star Wars: The Old Republic’s free-to-play option and future content updates. PC Gamer has more on that story and what it means to us. With the free to play model coming soon, many existing players want to know what we can expect from future updates to the game. So PC Gamer asked about  the timelines for future updates to Warzones, Flashpoints and Operations.

Bromberg also reiterated planned incentives for recouping paid subscribers with closed accounts when The Old Republic’s new account system executes this fall, saying, “We announced that subscribers who have lapsed are already qualified to get Cartel Coins, which will be the in-game currency in the game once free-to-play launches. So you get credit not just for becoming a subscriber now going forward, but also for all the time that you were a subscriber, you get more credits more Coins. So we’re hoping all that will encourage people to come back to the game and try it now.”

If accomplished, BioWare’s six-week schedule could expand The Old Republic’s given activities on a daily basis beyond ensuring galactic victory through idling on fleet stations and triple-checking speeder inventories. The upcoming major patch, which includes the Terror from Beyond Operation, appeared on the Public Test Server yesterday after a nearly five-month gap from the previously released Explosive Conflict. Many subscribers bowed out because of content droughts, but BioWare’s biggest challenge now involves juggling its free-to-play implementation and ensuring regular updates to keep the interest flowing strong.

This is all interesting info, some of which we already knew. I think the free to play option and the new incentives will definitely bring more people back to SWTOR and I predict a surge in the game when it first goes free to play. But how long will it last? Without more content updates, it’s likely the f2p players are going to get bored nod move on to something else.

What would you like to see in future updates to keep the game fresh and alive?