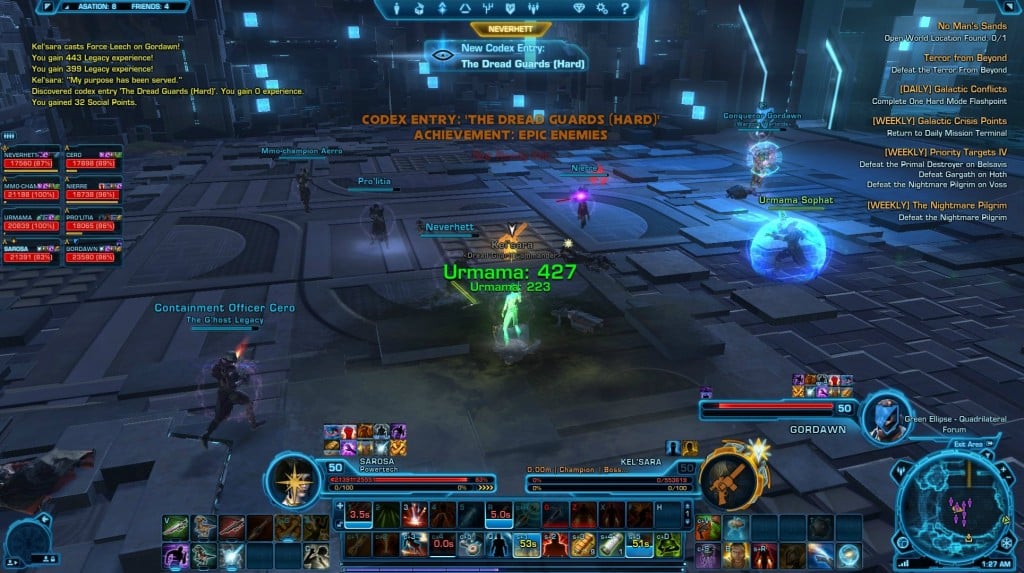 BioWare are taking down the servers to do an unscheduled maintenance today. What the issue is seems to be unclear, bit Patch notes will be made available shortly after the servers come back up

We will be deploying a patch and performing an unscheduled maintenance this Thursday, September 13th, 2012. Patch notes will be made available shortly after the servers come back up.

The servers will be down for two hours on Thursday, September 13th, 2012 from 2AM CDT (12AM PDT/3AM EDT/8AM BST/9AM CEST/5PM AEST) until 4AM CDT (2AM PDT/5AM EDT/10AM BST/11AM CEST/7PM AEST). All game servers will be offline during this period. This maintenance is expected to take no more than two hours, but could be extended.

Read more on the official forum.

Edit:  Servers are back up. Below are the patch notes: