Today on The Guild Sphere, I thought it would be great to do a small over view of all of the guilds we have featured so far. And after putting everything together began to notice we have featured a rather large range of guilds, from PvP-centric Sith, to RP Republic, and I would like to take the time to thank them all again for taking the time to answer my questions.

Knights who say ni
The Knights Who Say Ni has been around for a 4 years now; KWSNi is a multi-game guild which includes plenty of experienced gamers. We’re on a mission to recruit new members and play The Old Republic with style.

Browncoats
“Tell you, we get a mechanic, get her up and runnin’ again, hire a
good pilot, maybe a cook. Live like real people. Small crew, them as
feel the need to be free, take jobs as they come. Ain’t never have to
be under the heel of nobody ever again.” — Captain Malcolm Reynolds,
Firefly

Prime defense
Prime Defense is an active and tight knit community filled with members from around the world. We strive to provide a relaxed environment where members can hang out and get to know each other while still retaining a serious attitude in game while running PVE instances or participating in tactics based PVP.

The Sons of Light
The Sons of Light is a heavily community-based Republic guild that holds our individuals above everything else. We are continuously forming new outlets for our members to exercise their talents and leadership abilities as we wait for the game’s release. We take pride in being an
international guild – currently having members from seven different countries.
The Sith

Imperial Army
A mature close knit group of dedicated playerswho share the same passion for creating their own piece of the Star Wars universe.
Military themed RP guild that partakes in all styles of play.

Jensaarai
We are a laid back group that likes to joke around and have fun, but when it’s time to get serious then we bring the pain.
In gaming terms we are an end game PvPvE, Raiding Guild.

Jen’Jidai
Jen’Jidai (Meaning Dark Jedi in ancient Sithanese) is a Sith based RP/PvP-PvE guild for the MMO, Star Wars: The Old Republic.
This guild is a chapter of the multi-gaming network; Legend-Gaming.

The Dark
Were a Sith guild that basically just wants to have fun and enjoy the games story. Were PVE and endgame Raiding focuesed but
were also very diverse. 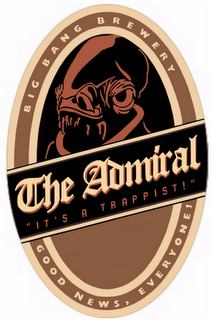 It’s a Trap
We are a casual but progressive guild who hope to have fun and enjoy all the Star Wars Universe has to offer.
Would you like your guild featured on The Guild Sphere? Then dont be shy, send an email to ralley752@gmail.com and get your guild noticed