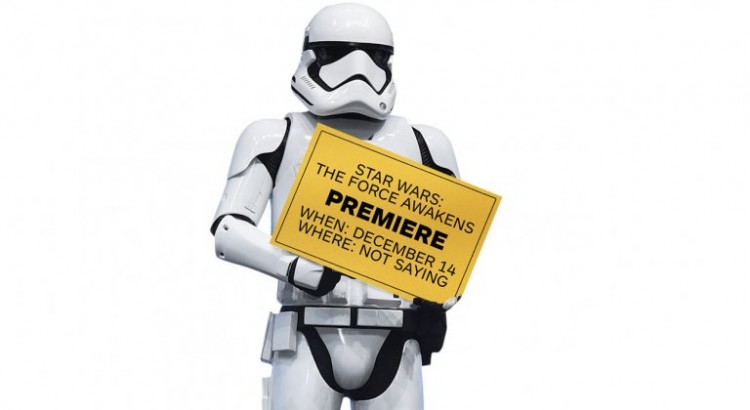 There’s a big premiere happening today but you won’t hear much more than that about it, at least not anytime soon. Disney is using The Force to keep details and location of the premiere of The Force Awakens under wraps. Disney is about to pull off a very big feat by keeping details of their next (and most anticipated) movie a secret.

We know the premiere is happening today December 14th and in Los Angeles but we don’t know any other details. In fact, it’s being kept so under wraps, members of the team an dinner circles of Disney, Lucasfilm and Abrams’ have not seen it yet.

Traditionally, Hollywood will give early releases to reporters, film critics and other VIPs in the industry to upcoming films. This not the case for the new Star Wars film. All early showings were cut, including important screenings for critic groups, in an attempt to keep the movie a big secret until the opening day.

Sources say much of the cast also is waiting for the premiere, although there was a cast-only screening in L.A. on Nov. 24. The leads, John Boyega and Daisy Ridley, however, have finally seen the film as of early December.

Those select few who did get an invite to the Dec 14th early screening were not even told where it will be held, aside from that it is in LA. It’s not likely we’re going to hear anything about this private showing and will have to wait until Friday’s release, along with everyone else. Of course, do we really want spoilers?

I think we all want to see and experience it firsthand for ourselves.