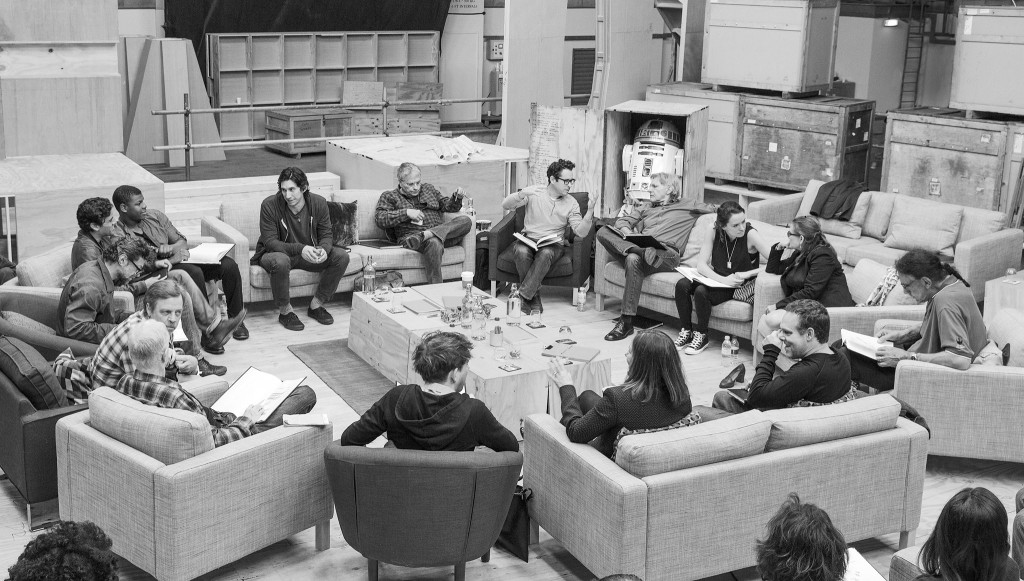 It’s official! Mark Hamill, Harrison Ford and Carrie Fisher have been signed up for Star Wars VII. The three original cast members were spotted in London ahead of filming, sparking rumours that they will be involved in the film.

Director J.J. Abrams said: “We are so excited to finally share the cast of Star Wars: Episode VII. It is both thrilling and surreal to watch the beloved original cast and these brilliant new performers come together to bring this world to life, once again. We start shooting in a couple of weeks, and everyone is doing their best to make the fans proud.”

Harrison Ford, who played Han Solo, was seen dining at Hakkasan in London and on another occasion in Grosvenor Square, he chatted to members of the air ambulance crew.

Earlier, Carrie Fisher – best known for her role as Princess Leia – had tweeted: “So my dog Gary has been spotted in London, but apparently without me. Who has he been seeing? Let me know if you have any clues.”

Peter Serafinowicz, who voiced Darth Maul in The Phantom Menace, tweeted a photo with Mark Hamill (the one and only Luke Skywalker) captioned: “Met up with @HamillHimself in London today. I wonder why he’s here?”

The cast are due to have a first read through in London with director JJ Abrams. The release date is confirmed for December 18, 2015 and the only tiny plot detail reveal being that the movie is set 30 years after the events in Return Of The Jedi.