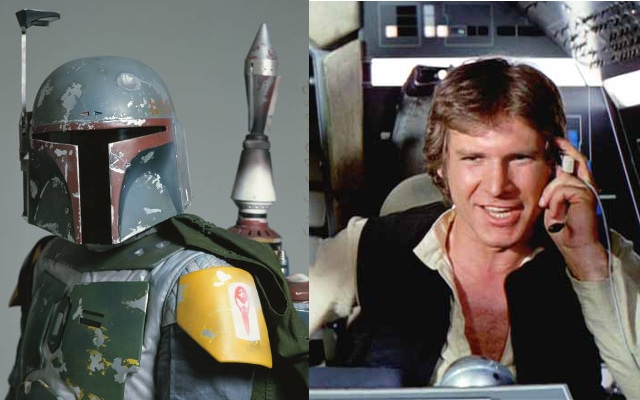 Over the past week, we’ve been seeing some very interesting reports on the upcoming spin-off movies. First of all, if you haven’t heard, there’s a rumor about that says that we won’t see just a Boba Fett or a Han Solo movie, but that the spin-off will feature both of the beloved characters (latino-review.com).

Very interesting. This seems to agree with some of the other rumors that we’ve heard, such as the fact that bounty hunters will be important to the film—here’s hoping we get to see IG-88 in action! (makingstarwars.net)

Another interesting fact we’ve picked up on is that some of the shooting for the first spin-off will take place in Mexico (makingstarwars.net). Of course, if you know much about Mexico, you know that it would be a great place to shoot for just about any Star Wars planet: could look like Tatooine, Geonosis, Utapau, or just about anywhere else.

Does it mean that we’ll be returning to Geonosis, where Jango Fett died and the Death Star was (likely) built, to see the rise of Boba Fett? It’s possible.

On a side note, the production codename for the first standalone movie is Los Alamos, which some have taken to refer to the shooting location in Mexico (or a Western feel to the movie, which could be very cool), but some others have associated with the Manhattan Project and, therefore, big weaponry (i.e., the Death Star).

This seems like a bit of a stretch at the moment; studios tend to give all sorts of codenames to their projects. But it’s certainly not impossible that it gives us a clue as to the topic of the movie.

Of course, the fact that Fett and Solo could both feature prominently in this movie is very interesting in light of the Hasbro leak that we saw, which showed both a Solo and a Fett movie on the schedule. It could be that one focuses more on Solo, and the other more on Fett, but both feature those characters and the same storyline

This could potentially be the start of a side-series that’s very connected through the standalone movies (which, in that case, would be better termed “spin-offs”). Han’s relationship with the Hutts? Han and bounty hunters? The seedier side of Star Wars? It’s all up for grabs.

It’s also entirely possible that these standalone films will be more like the ones we’ve been predicting, but that Fett will make a quick appearance in Solo’s movie and vice-versa. It’s going to be in Disney’s best interest to have Star Wars fans’ favorite characters in their movies, and showing both of these two in a trailer would certainly make a lot of people very happy.

And if Hasbro’s leaked release schedule is correct, it looks like this rumor could be misleading—or just plain wrong. We’ll have to wait and see. Rumors about the standalone films are coming fast and furious at the moment, so we’ll have more news for you soon!