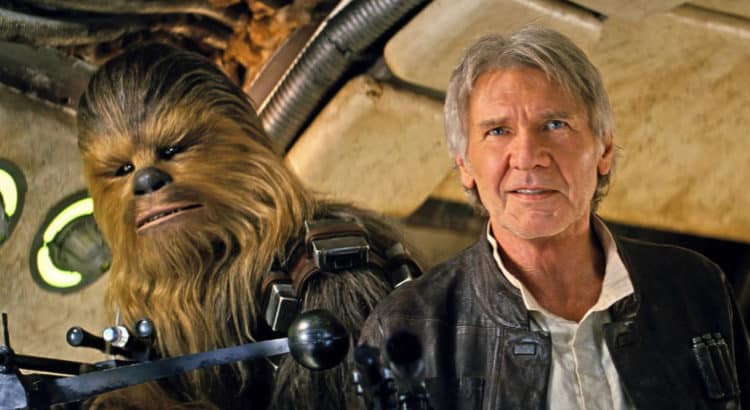 Whether it’s R2-D2 and C3PO, Obi-wan Kenobi and Anakin Skywalker, or stormtroopers with their poor accuracy, there are so many perfect pairings in the Star Wars universe.

None of these partnerships can hold a candle (or, in this case, a lightsaber) to that of Han Solo and Chewbacca, though. From the first appearance in the original movie to the latest trilogy, the wisecracking smuggler and the hairy Wookie remain the best duo in the franchise. In a series that’s full of memorable characters, that’s quite an accomplishment.

The friends understand each other (when no one else could)

One of the most iconic things about Han and Chewbacca is that you can only understand half the conversation. Chewie’s guttural grunts and roars, which sound like a cross between a bear and an outboard motor, are usually translated by Han’s often comedic replies.

While it makes for funny scenes, it does give the two a unique connection in a way that best friends have inside jokes or conversations that no other people can understand. For Han, making his partner feel like he is being listened to is just as important as understanding him.

While playing a game of Dejarik, which is roughly the equivalent of real-life SBOBET, Han warns C3PO of the consequences of allowing hot-headed Chewie to lose, with the latter eventually voicing that iconic line to R2-D2.

As best friends know each other’s quirks down to the smallest detail, Han is fully aware of his buddy’s competitive nature and adjusts his responses accordingly. In the same manner, Chewie serves as a foil to Han’s impulsive actions, serving as a voice of reason no matter how indecipherable.

They have each other’s backs

Han and Chewie’s friendship started as a matter of survival—they were captured by space pirates and swore to help each other to escape.

Since then, the two have found themselves in and out of the stickiest situations. Even when all hope seemed lost, like when Han was frozen in carbonite during Return of the Jedi or his climactic confrontation with Kylo Ren in The Force Awakens, Chewbacca did his best with his partner’s predicament.

Han and Chewbacca’s friendship isn’t only about saving each other, however. They also trust each other with their most prized possessions. After winning his legendary starship, the Millennium Falcon, Han appointed Chewie to be his co-pilot. In the same manner, during a shootout, the intrepid Wookie lent his trusty bowcaster (a futuristic version of a crossbow) to Han against an encroaching army of stormtroopers.

Throughout their adventures through the Star Wars franchise, the biggest takeaway we get from Han and Chewbacca is that they are there for each other even in the toughest moments. Best friends wouldn’t have it any other way.