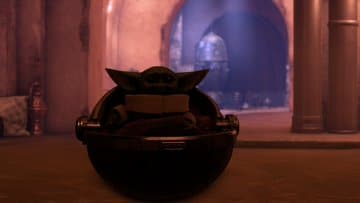 The baby Yoda craze is real! And yes, we know “The Child” from the Mandalorian has not been confirmed to be Yoda, but you’re not going to get people to stop calling it that. But here’s some adorable news for you:

The Star Wars Battlefront II community now gets to play as Baby Yoda, with the help of a mod you can install in your game.

The mod was created by the user Nanobuds and turns the existing BB-8 hero into Baby Yoda from the Disney+ show The Mandalorian. It started out as a joke and originally only changed the BB-8 model to Baby Yoda.

“I started this as a joke mod but it ended up being pretty cool,” Nanobuds said about the creation. “He looks wacky on the frontend- There is nothing I can do about this. I can’t change the animations to make BB8’s arm or wire go away. Everything is fine in-game though.”

After it started to get popular though, Nanobuds fleshed out the mod more by adding custom sound effects. The mod was possible thanks to the BB-8 hero already added to the base game. By changing the original characters’ models and sound effects in the game, modders can create their own playable characters.

The mod is now fully finished and can be downloaded from Nexus Mods, a popular place to find most mods for games online. The mod was featured on Nexus’ social media shortly after it being posted on the website.

Have you tried Baby Yoda in your game yet? We’d love to see those adorable screenshots!