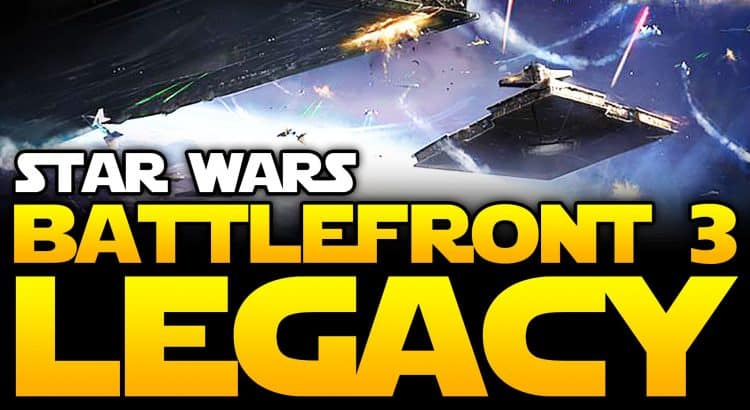 If you’ve been following the news and development of Battlefront III Legacy, you might already know that the Battlefront II mod using Battlefront III assets has now released a new video showing more cool stuff. It’s going to have ground-to-space flight as well as Star Destroyer docking. How awesome is that? As we told you recently, the mod will be entering beta soon so for those interested in trying this themselves, the time is near. If you want to learn more about the mod and what features it will have, now is the time as well.

There’s now a new video so show you more that this mod plans to deliver. It showcases the flying of a Lambda-class T-4a shuttle into a Star Destroyer. It also shows a bit of other ships like the TIE Interceptor, TIE Bomber and TIE Fighter. It’s actually a pretty decent video so what you what the mod will be like and the features it will have. The TIE Defender was not in this video but a previous update video showed that one. We can expect that as we grow closer to the beta start date, and in the time that follows that we will see more info coming out about it, as well as more videos.

See the video for yourself here:

Let’s get to fly some Tie’s and reach up to Space to visit one of the most iconic spaceships worldwide: An Imperial Class II Star Destroyer.

This mod adds two new eras to all shipped Bf2 Maps+converted maps from Bf1 as well as some other community created maps. It contains contents from all six Star Wars movies as well as a few adoptions from other games such as “EA’s Battlefront” or “The Force Unleashed”. You can learn more about the mod here.