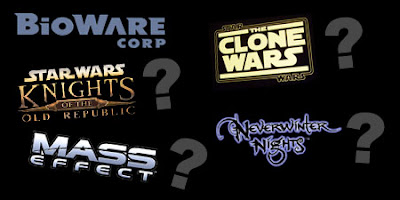 According to GamerVision Star Wars: The Old Republic isn’t the only Star Wars MMO in development. They say that “trusted sources” confirm that Sony Online Entertainment is working on a Clone Wars MMO. This is not the first time that we’ve heard this rumor. Here’s what they had to say on it:

Thought EA’s The Old Republic was the only Star Wars MMORPG in development? Think again. Trusted Gamervision sources have confirmed that there is a second MMO in development by Sony Online Entertainment, the creators of once awesome, now less-than-awesome Star Wars: Galaxies. Supposedly called Clone Wars Adventures and due by the end of the year, it’s to be a browser-based game aimed at a much younger demographic than The Old Republic. Namely pre-teens, the same audience for the popular Clone Wars television show, and far away from those who might even consider subscribing to BioWare’s RPG.

So far that’s all the information we have, though I’d be surprised if there wasn’t an official announcement fairly soon. We’re still waiting on details involving the gameplay and pricing model, as any specifics are still unknown, though thinking it’s going to be modeled after Free Realms, Sony Online Entertainment’s free-to-play online RPG, isn’t a stretch. Odds are it will follow a similar pricing model, built on microtransactions instead of a costly monthly subscription. Either way, we expect to hear more information soon, and will be sure to keep you up to date on the other Star Wars MMORPG. Odds are it’s going to be much, much different than The Old Republic.