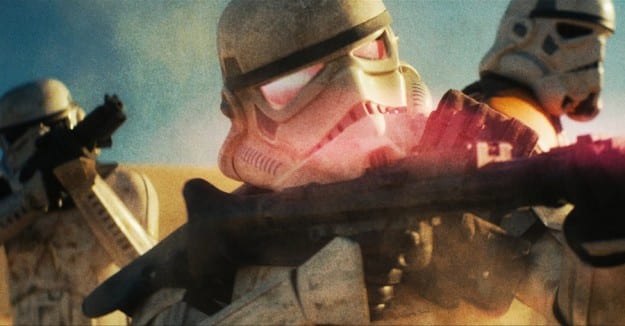 Star Wars fan films… oh, you know how much we love them! Here is a fun one put out by A Whitelist Production just a couple of weeks ago. It’s called “Kara” and it’s a little over 7 minutes long so it’s not going to eat up your entire afternoon to give it a watch. I will say this though: it left me wanting to see more from these guys. For an unofficial Star Wars film, it’s pretty darn good. It’s not Hollywood perfect quality but it’s really darn good and has a good feel to the story. Because they kept it so short and sweet, I think it even adds more to the appeal. Some of these fan films are too drawn out and it makes it much more difficult to capture and hold the attention of the audience for that length of time. It also draws us in, like a movie trailer, and makes us want to see more so they are building a fan base already with this simple, short film.

It would make a good mini-series, for example, because a great deal of feedback on this short film is people expressing how they feel drawn to the character and want to know more.

There are some issues with the audio but they do know and are working on this. I don’t think it’s un-salvagable and they will know their mistakes for future films. So all in all, it’s good stuff and you should definitely check it out. Let us know what you think in the comments.

See the film for yourself: