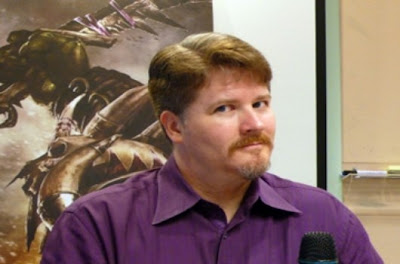 For those of you who have been wondering who will fill BioWare Austin’s Co-Studio General Manager Gordon Walton’s shoes, we now have an official answer. BioWare announced that Jeff Hickman will be Executive Producer of Live Services for SWTOR.

During the Fan Site Summit event, Stephen Reid explained that Jeff Hickman joined BioWare to take on the role left open by Gordon Walton’s departure. Hickman is known for his roles in Warhammer Online: Age of Reckoning and Dark Age of Camelot. However, some fans are concerned about his role in SWTOR after the somewhat flop of WAR and the early launch problems the game had.

But maybe the skeptics are being just a little too tough on Hickman. I mean, WAR struggled for many more reasons than just that and Hickman was not solely responsible for the issues that happened anyway. He was just following orders on what he was told to do.

As for DAOC, those of you who have played it know that it was an awesome game- a legend in gaming history, really. PVE was solid; the PVP was great and it only died off due to aging content. They also lacked any real marketing for new players or it may still be strong today. Another game that comes to mind when I think of this is Conquer Online. I spent countless hours of my day on Conquer for years and will unashamedly admit that I abandoned it for WoW.

Once WoW grew stale, I returned to Conquer to discover they had launched and all new ad campaign with upgrades and new features to the game as well. It was exciting to come back. This is something that DAOC missed out on but that could have kept them running.

Anyway, even if you think Hickman is a big fail for this WAR involvement, there has to be something that BioWare saw in him to bring him on board. And we all deserve second chances, right?