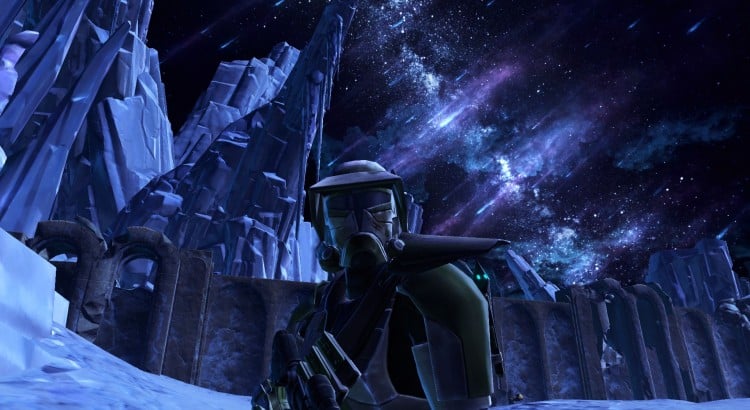 We are not the only ones who think SWTOR deserves a second chance from those who gave up on the game early on. While launch was a bit rocky, it’s come a long way since then and the “hate” online seems to have died down some in recent months. Still, from time to time you’ll see comments from people bashing on SWTOR who have not even given it a legitimate chance recently. I get it, first impressions are incredibly important. First impressions can really make or break a game sometimes. I’ve been there myself (many times). But SWTOR is truly a game that deserves a second chance if it’s been some time since you last tried it (or if you know someone who quit and you think they might like it now).

This opinion piece from Philip Kollar at Polygon expresses it all quite well. Philip was a WoW nut like me, and looking for a new MMORPG to replace his Blizzard addiction. He gave up on SWTOR after a short-lived experience and taking his Imperial Agent only to level 30. But recently he returned and has some very good things to say about the latest edition of SWTOR.

Know someone who started but quit and want to encourage them to give it another go? You might want to direct them to this piece on Polygon. As he summarizes:

“If you played Star Wars: The Old Republic at launch and gave up, you owe it to yourself to give it another try. If you ever find yourself on the Empire side of the Harbinger server, come join my guild. We call ourselves Kylo Friends, and we’re just playing through the story content and having a good time.

That’s not the ideal great time I would have expected when this game launched, but I’m enjoying the hell out of it now.”

One thought to “Star Wars: The Old Republic Deserves a Second Chance”