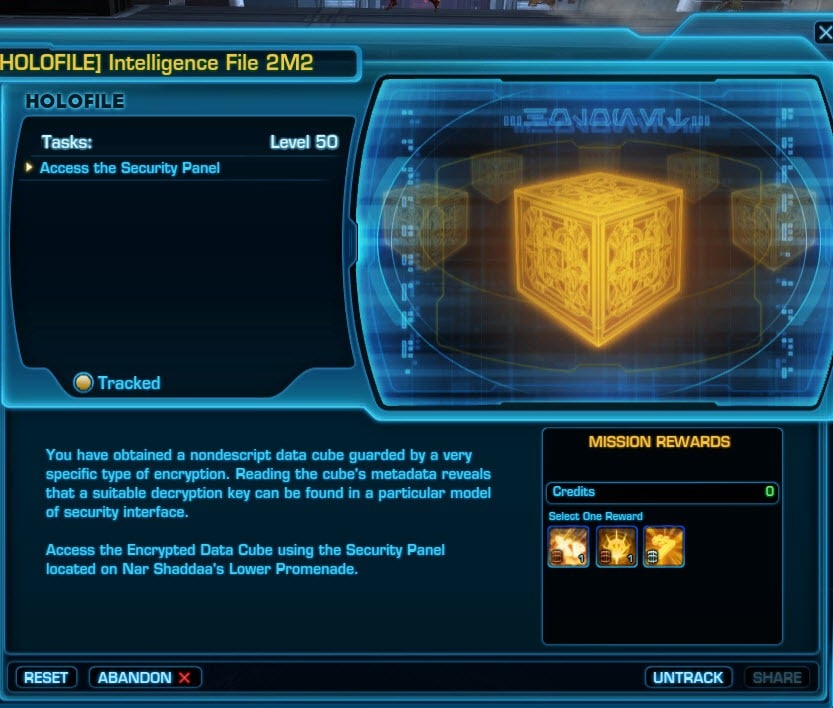 People have been discussion whether or not the Encrypted Datacube was a good thing to have on the CM or not. After lot’s of feedback the devs have been changing their stance and no Datacubes will be available in the Cartel Market in the future.

Our plan with the Encrypted Datacubes was simply to see if packs would be another avenue of getting story content in the game. It will always be the Cartel Market teams goal to look for new and interesting things to add into the Cartel Market which are not gameplay impacting (avoiding pay-to-win, etc.). With that being said, we have heard your feedback loud and clear on this and we have no plans to place the Datacubes in the Cartel Market in the future.

I’m curious if that means the next four are gone too. While I’m glad they are ditching it I’d still like the ones that are already done to be made available in some way. Not to mention they said that collecting all eight would give a reward too.