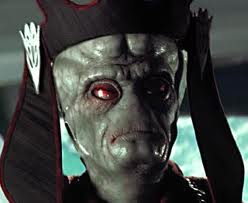 Not every Star Wars fan is a SWTOR fan. Here is an interesting but fun review of SWTOR from Kotaku. It’s one person’s opinion, of course, but as we always say, the reviews of others are really helpful when forming your own opinions and whether you agree or not, there are good points to learn from it.

Luke Plunkett from Kotaku is not as impressed with SWTOR as some of us and spends nearly 2,000 words explaining why. Here are some highlights:

“BioWare is going out of its way to tell the world how Old Republic will revolutionise the MMO. That line was thrown out at least twice during my showing.
But this game? What I saw today isn’t doing it for me. It’s telling me that it’s revolutionising the genre, but all I’m seeing is just another MMO.”

Okay, fair enough. But how much does he really know about the game? He had a hands-on demo of the game to help him form his opinions but the first part of his review was written before he actually tried the game and it seems like he was already feeling pretty negative about the game before even trying it. Would a hands-on experience change his seemingly biased view on SWTOR?

Luke says, “The More They Keep Telling Me Star Wars: The Old Republic Isn’t Like World of Warcraft, the Less I Want to Play”.

He says, “I am a lifelong Star Wars fan. I am a lifelong video gamer. I’ve been a fan of BioWare for a very long time, and honestly believe Knights of the Old Republic is one of the finest pieces of Star Wars lore ever built, whether the product of George Lucas, Timothy Zahn or anyone else who has ever written about a galaxy far, far away.”

Yet he’s not at all impressed with SWTOR.

There is a common theme here, however. I don’t remember Kotaku posting any positive reviews of SWTOR so it seems like the site as a whole is just not a fan.

What do you think? Does he have some good points or is he just a “hater”?