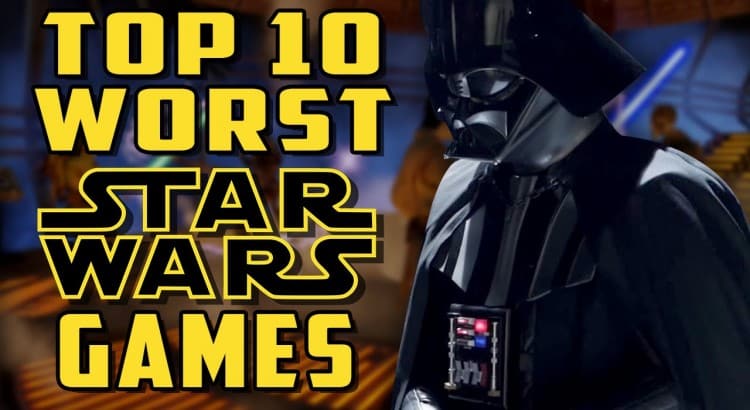 We’ve talked time and time again about all the Star Wars games that have come out over the years. In fact, there’s been more than 30 years of Star Wars games published and they are most definitely not all created equal. So as much as we love to share all of our favorite games, it can sometimes be just as entertaining to talk about the ones that bombed it. With over 100 games based on the Star Wars franchise, you have to expect that a few might not measure up like the rest.

Here’s a video from GameTrailers on the Top 10 Worst Star Wars Games of all times, that includes Yoda Stories (aww, it was such a good idea that just wasn’t implemented well), Super Bombad Racing (another great idea not implemented well), Episode 1: The Phantom Menace and more. GT tells us exactly why each of the 10 makes it on the list. I do feel nostalgic looking back on some of these, although they were not very good games, simply because it’s sometimes nice to see something that reminds you of your childhood. I had high hopes for some of these games (as I am sure so many fans and gamers did) and yet some of them really let us down.

Watch the video to see what else they mention and why they picked each one for the list:

Do you agree with their list? Is there something else you’d add? Do you have a “most hated” Star Wars game of all time  list of your own? We want to hear all about it in the comments.