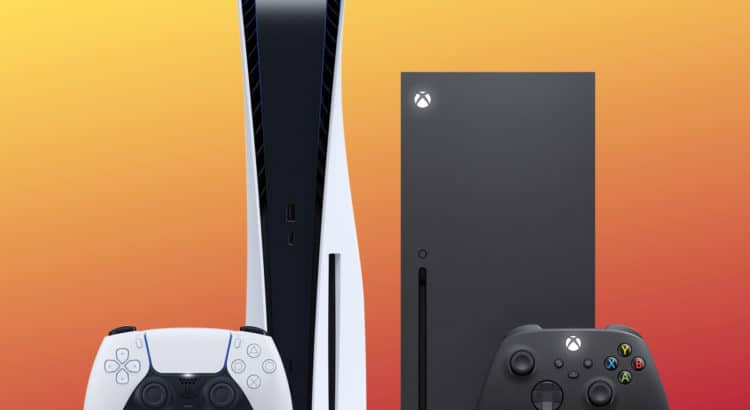 This year has seen the release of the latest incarnations of two of the biggest consoles on the market today. The Xbox and PlayStation rivalry are legendary, so it is no surprise that the two decided to go head-to-head with their latest gaming hardware. Fans have eagerly awaited the release of the favourite console and to prove how popular they are both are currently out of stock in many places. Add to that the new games that will be released in 2021 designed specifically for these new platforms, and you can understand why they are so popular in the gaming console world. One such game that will be appearing on both platforms in the very near future is the latest Star Wars game.

Prior to this release, the most recent Star Wars game for consoles was Jedi: Fallen Order. Star Wars Squadron Has been long-awaited by gaming fans, so you will be pleased to learn that the wait is nearly over. One factor that is considered slightly bad news is that neither version of the game comes with any upgrades meaning they are just like the predecessors that were on offer for the Xbox One and PS4. This has been confirmed by getting creative director Ian S Frazier who did not comment any further as to why this has or hasn’t should we say being done. However, there are likely to be further games in the pipeline in the future, and he certainly didn’t rule out the possibility that next-generation style games will be released for these newer consoles in the future. The release date for this game on the older consoles was October the second, so for the PS4 and the Xbox One and it was also made available on PC at this time. Although there have been many delays across all industries including the gaming industry because of the pandemic, now that the PS5 and the Xbox Series X have released the game will not be far behind.

EA has been keen to promote their game, and the blurb that goes with it, in their words is as follows: “Master the art of starfighter combat in the authentic piloting experience Star Wars: Squadrons. Buckle up and feel the adrenaline of first-person multiplayer space dogfights alongside your squadron. Pilots who enlist will step into the cockpits of starfighters from both the New Republic and Imperial fleets and fight in strategic 5 vs. 5 space battles. Modify your starfighter and adjust the composition of your squadron to suit varying playstyles and crush the opposition. Pilots will triumph as a team and complete tactical objectives across known and never-before-seen battlefields, including the gas giant of Yavin Prime and the shattered moon of Galician.”

When it comes to the consoles you may well already have a favourite but if you have yet to make up your mind, here’s a quick run-down on what’s on offer. Both of these new console offerings have upgraded controllers, with the PS5 launching the Dual Sense controller, which seems to be the stronger candidate offering many more features including haptic feedback, giving it the edge. The console was released just before Christmas and pre-orders alone wiped out the stock right across the world. PlayStation is working hard to ensure that supplies are replenished as it is still highly in demand, and sadly created something of a black-market problem with people ordering or stealing consoles in order to resell them at a much higher than retail price. Obviously, the company will be keen to stamp this out and make sure that people can get hold of their console at the correct cost.

Of course, loyal Xbox fans will insist that their new console is the better option and it certainly has proven just as popular equally selling out on the first day of sale. Again, we have a redesigned controller that is backwards compatible so that you can plug it into older versions of the console. The controller has been ergonomically overhauled, with rounded edges giving better access to the buttons and generally seems to be a hit with fans so far. Both consoles have an aesthetically pleasing look, so it really does just come down to whether you prefer PlayStation or Xbox. This will undoubtedly be the last release from either company for the foreseeable future, but the good news is that there are many new games in the pipeline for the coming 12 months.

It goes without saying that the popularity of the Star Wars franchise will ensure this game flies off the shelves as soon as it is released. No one can ever be sure why the films captivated many generations of people, with the original three being followed up by a more modern incarnation ironically telling the original series’ backstory. However, there is no denying that it really is one of the most popular film franchises of all time and anything with the Star Wars official branding is going to be popular and sell. Overall, this certainly is a PS5 and Xbox Series X game worth checking out if you are a fan of Star Wars in any way. There are plenty of familiar faces and loads of action, so you are sure to enjoy this galactic style romp across the galaxies.