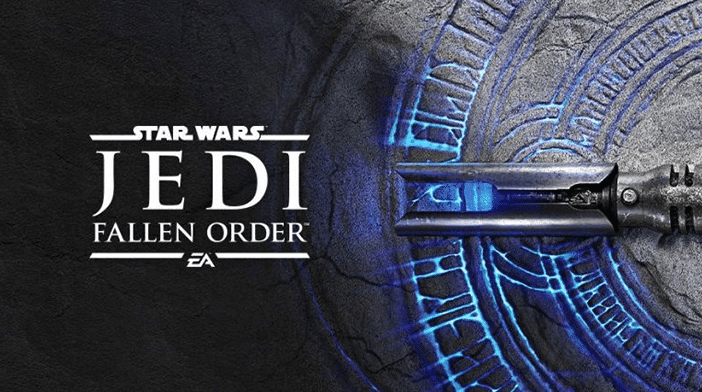 Normally speaking, when there’s a brand new Star Wars game on the horizon, it’s a time of great excitement for all of us. As much as we all love (and will continue to love) Star Wars: The Old Republic, it never hurts to have another game or two to play. As we already know, the final few months of this year will bring us Star Wars Jedi: Fallen Order. They’ll also bring us the Star Wars: the Rise of Skywalker movie, which is just as exciting, but we focus on games on this website. We’ll leave the movie hype to somebody else! Everything we’ve seen about Star Wars Jedi: Fallen Order looks fantastic. The graphics look great. The promises we’ve been made about gameplay sound outstanding. We have every reason to be placing pre-orders already – but why are so many of us reluctant to do so?

The answer might well be the name that comes on the packaging. Electronic Arts still have exclusive rights to the Star Wars franchise when it comes to new video game releases, and when we think of EA, we tend to think of two things: Battlefront II, and the loot box controversy.

The controversy over the use of loot boxes in games isn’t a new one, and nor is it confined to Star Wars games. In some countries, loot boxes are viewed as a form of gambling, and they’re banned. They work on the same principle as mobile slots – you’re paying for a chance at gaining a greater reward than the value of the money you put in. With mobile slots, players are looking for either a winning line or a jackpot. With loot boxes, players are looking for an in-game benefit that will improve their playing experience. Mobile slots in related casinos are honest about their intentions – they advertise themselves as a form of gambling, and they’re restricted to adults. Loot boxes are available to players of all ages, and the extent of the gamble isn’t always made clear. EA has faced criticism in the press for including them in their big-money FIFA soccer games, and they were criticized for the way they intended to implement them in Battlefront II as well.

It’s no secret that Battlefront II didn’t sell as well as EA hoped it might do, and it wouldn’t be an exaggeration to say that the negative press coverage about loot boxes probably played a part in that. Star Wars fans have been shown time and again as a community who are willing to part with their money for most things which are tied to the franchise, but nobody likes to feel like they’re being taken advantage of. If there was an official Star Wars mobile slots game, we’d probably play it, but we don’t want one wedged into the middle of a game we’ve already paid full retail price for. The proposed loot boxes for Battlefront II sounded cynical – almost to the extent that the game would have been ‘pay to win’ rather than a level playing field – and the net result was that they were yanked from the game barely 24 hours before it was launched. It was too late. The hype around the game had been negative, and its perception was badly damaged. Battlefront II is still getting new content, and its reputation is recovering, but it’s been a slow process.

There are some signs that EA – and the companies they work with to create the games – have learned from that experience. Dennis Brannvall, who is the design director of Battlefront II, has gone on record to say that the loot box controversy was ‘rock bottom’ for the company, and that not a day goes by without them regretting how the issue affected them at launch. What’s less clear is whether they regret it because including loot boxes in the game was the wrong thing to do, or whether they regret it because it generated endless negative publicity about Electronic Arts’ business practices.

With the Battlefront II furor slowly drifting away, the news about Star Wars Jedi: Fallen Order seems a lot more optimistic. We’ve been promised by Respawn, who are putting the game together for EA, that there will be no microtransactions within the game. That means no loot boxes, and no means of paying for in-game content that would give you an advantage over other players. It should be noted that Respawn isn’t EA – and therefore EA could still implement whatever they like after Respawn hand over the finished product – but there’s another reason why we should expect a fairer deal this time around. Star Wars Jedi: Fallen Order is a multiplayer game.

In almost every major video game that features loot boxes, they’re there to give you an advantage (or the chance of an advantage) over other people playing the game. Without a multiplayer mode, there’s nobody else to gain an advantage over, and so there’s no obvious benefit to including loot boxes. There will, of course, be in-game upgrades, and presumably more powerful weapons that players can accumulate as the story progresses. If the ‘no microtransactions’ promise turns out to be sold one, then any such upgrades should arrive as rewards for skilled play, rather than options to take to the virtual checkout.

EA isn’t going anywhere. There have been suggestions from some players that Disney should take the rights away from EA and put them elsewhere – possibly even taking them in-house – but there’s no sign of that happening. EA make millions of dollars from their Star Wars games, and so there’s no reason for them to surrender the rights so long as people are still buying the games. That means whether we like them or not, they’re going to be with us for the long term.

With that in mind, we think it’s time for an amnesty. EA have held their hands up and admitted their mistake, and so we should give them the chance to put it right. Let’s look forward to Star Wars Jedi: Fallen Order with an open mind, and give EA a clean slate to start with. If it’s everything it’s supposed to be; it might turn out to be one of the greatest Star Wars games of all time.