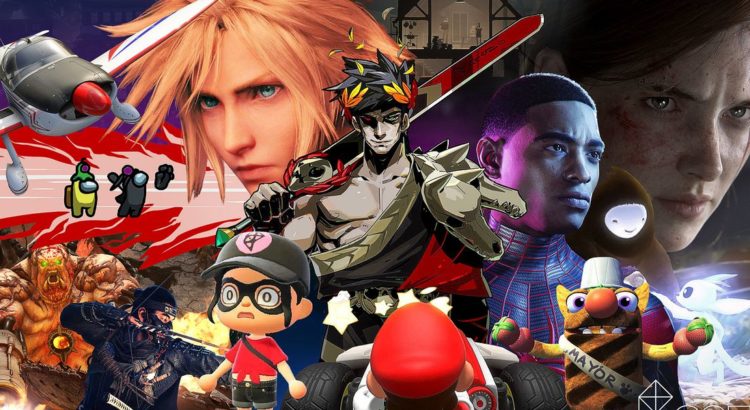 Gambling and video games have a synergy that has been present for ages. In fact, if you go to an online slots site, it won’t be long before you come across a slot game that is based on a successful video game. Therefore, given this connection, you will not be surprised to hear that you can find gambling in many video games. This will either be part of the main storyline or a mini game that can be used to gain extra rewards. Below are six of the best games that feature gambling.

You will come across casinos all throughout the GTA series, but GTA: San Andreas was the first game that had gambling as part of the storyline. In this game, you must try and improve Carl Johnson’s gambling ability by playing at whatever casino you come across. Every time you spend $100 dollars at a casino, your skill level will increase. The higher the skill level, the more money Johnson will be able to “borrow” from casinos.

If you are an avid casino player yourself and are always on the lookout for valuable information that will help to improve your gambling experience, you should click here to find out more about casinos.

This was one of the best games to grace the market in 2015. Its intriguing gameplay and complex storyline made it hugely addictive and it was seen as a benchmark when it comes to innovative gameplay. Throughout the storyline, you will come across a card game that is known as Gwent. The aim of this game is to play spells and cards in order to get points. There are three rounds and a round is won by the player who has the most points. A round is finished when you and the opponent move onto the next round or when you both run out of cards. There are three rounds and the player that wins two is the winner. The winner gets a keg that contains five cards and gets to choose three. This is how you build a better deck.

This Nintendo DS game allows you to pay a visit to Casilando Casino. This is often a nice break as controlling cars can become a bit tedious. In this casino you can play table games such as blackjack and roulette. There are also slots which are Mushroom Kingdom-themed and those are very fun to play. The casino in this game allows you to gamble without there being a chance of you losing any real money.

Red Dead Redemption was created by the same developers who created the GTA franchise, so it was always going to be a huge hit. In this game, you can take a break from the storyline and sit down for a couple of rounds of Texas Hold’Em poker. The great thing about the poker in this game that there is the possibility of cheating and walking aware with a lot more cash. However, if your opponent finds out, you will have to fight to the death. Sometimes, it is just better to be honest.

The developers of Final Fantasy are famous for being the ones who brought Japanese role-playing games to the Western world. Final Fantasy VII has a card game that is called Triple Triad. This game is played on a 3×3 grid and each card that you have has four numbers on it, each number corresponding to a side of the card. You must place your card on an empty space, and it will then be compared with your opponent’s card in the opposite position. The player with the highest number card wins, and that card will then change to the color that is representing each player. The winner is the player who changes the most cards into their own color.

In this post-apocalyptic game, you can still enter the famous casinos of Las Vegas. However, be warned, they are not like they once were. The casinos here used to be very honest, but things have changed now, and you will need to stay vigilant if you don’t want to be cheated out of all your money. The world has gone to the dumps, but you still have the possibility to gamble. Quite amazing really.