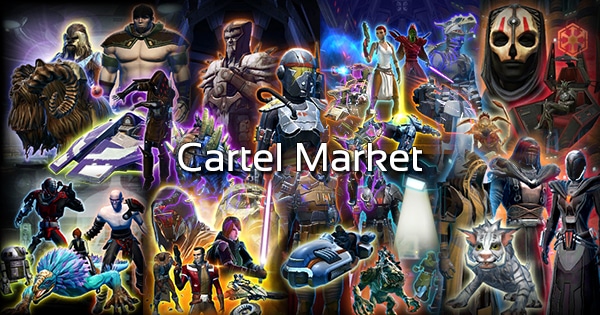 On 12.13.2022, the popular online game Star Wars: The Old Republic will be releasing a new update for its in-game marketplace, known as the Cartel Market. This update, dubbed Game Update 7.2, will bring a host of new items and features for players to enjoy.

One of the biggest additions to the Cartel Market in this update is the inclusion of new armor sets. These sets, inspired by various Star Wars characters and factions, will allow players to further customize their characters and show off their allegiance to their chosen side.

In addition to new armor sets, Game Update 7.2 will also bring a new collection of mounts and pets for players to acquire. These adorable companions will not only add to the visual appeal of the game, but also provide useful bonuses and abilities in combat.

Another exciting feature of this update is the addition of new decoration items for player housing. These items, ranging from furniture to wall hangings, will allow players to truly make their homes their own and show off their personal style.

But that’s not all – Game Update 7.2 will also bring new weapons and gear for players to acquire, as well as special events and rewards.

Overall, this update promises to bring even more excitement and customization options to the Cartel Market, allowing players to truly make their Star Wars: The Old Republic experience their own.