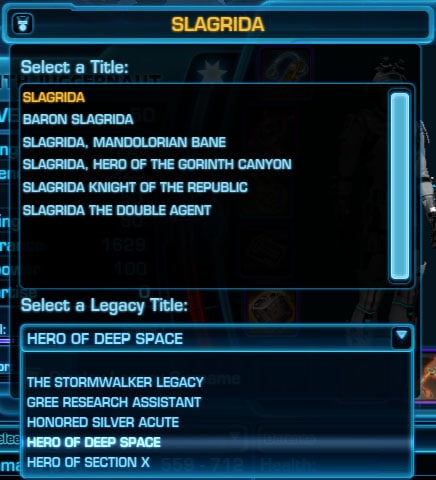 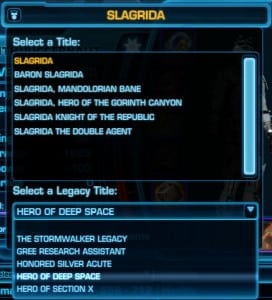 The official SWTOR blog has some interesting info about Game Update 1.7 today. There are going to be many new additions such as new legacy titles, reputation and more but the biggest news is the addition of Galactic Reputation to players.

Check out this explanation from the SWTOR blog:

Game Update 1.7 will introduce Galactic Reputation to all players. This is a new way for your character to advance in Star Wars™: The Old Republic™. In a time of widespread conflict and political strife, disparate organizations throughout the galaxy seek allies in the struggle for peace… or conquest. Reputation measures how your character is perceived by these organizations it reflects the prestige you’ve earned through your heroic contributions to each cause.

They go on to explain more about Reputation Ranks and Legacy titles and how you get them as well as the fact that Galactic Reputation is bound to your Legacy and not your character so you get titles and credit on all characters once you do it on one.

They go on to tell us more about reputation and the Galactic War, how you can earn reputation points and more. And of course, there is also a subscriber bonus so if you needed one more reason to become a subscriber today, subs can earn an additional Reputation Points each time you consume a Reputation Trophy if you have a Reputation Bonus in effect.

It all sounds pretty cool so if you have not read the blog post yet, head on over and read it in full  and be sure to tell us what you think.