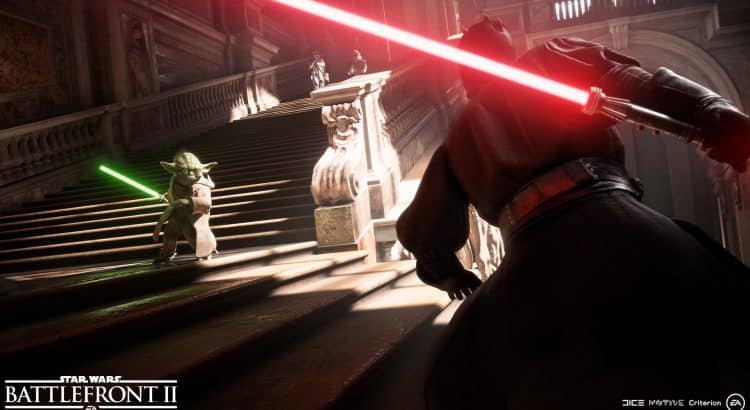 There will be plenty of new Star Wars Battlefront II information available at at E3 in the comming later, but ahead of its gameplay reveal, EA has released new details for its official multiplayer beta. When the multiplayer beta kicks off this later this year, players who preorder the game will get early access Xbox One, PS4, and Origin for PC. Check it out:

On June 10, the gameplay world premiere of Star Wars Battlefront II will be streamed live at EA PLAY – and we promise it will not disappoint. What also won’t disappoint is our news that will get any die-hard fan access to the game sooner than later.

This fall, you’ll be able to experience the epic scale of the Star Wars™ universe with a Star Wars™ Battlefront™ II multiplayer Beta on PlayStation 4, Xbox One, and Origin for PC.

Star Wars Battlefront II officially lands on November 17 for PlayStation 4, Xbox One, and Origin for PC.