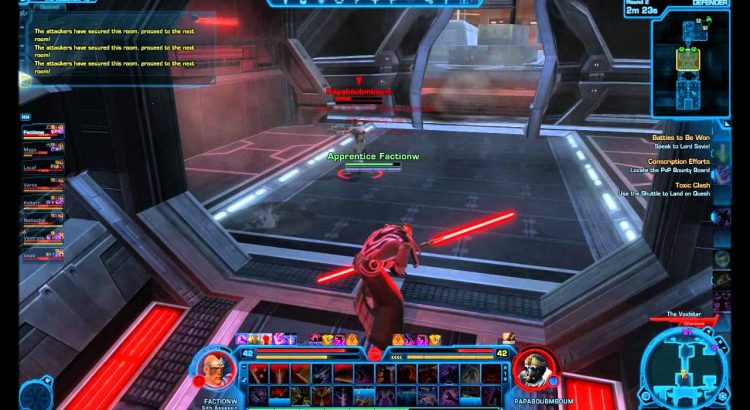 Yesterday we told you about the class changes coming to SWTOR this summer.

Here is  the first set of changes that are planned to go live with the upcoming Game Update 5.3.  This time for Hatred and Serenity shadow:

Below you will find the first set of changes that are planned for Game Update 5.3. Here is a statement from the Combat team on what their plans are for Hatred and Serenity.

Quote:
With the Class changes in 5.3, we wanted to address several balance issues. One Discipline that we found to be lagging behind its target DPS output was the Hatred Assassin / Serenity Shadow. We changed several skills for this Discipline to increase its DPS output.

We wanted to help Hatred / Serenity shine at what it is supposed to be known for: high sustained melee damage. So we increased the damage bonuses granted by Deathmark / Force Suppression and Fulguration / Rebounding Force to boost the DoT damage for the Discipline – increasing the periodic damage it deals and its overall DPS output. We also wanted Hatred / Serenity to be better at finishing off enemy targets, so we increased the effectiveness of Inevitable Demise / Aching Mind (which helps to boost its overall DPS output as well).

Finally, we wanted to make Force regeneration for Hatred / Serenity a bit more consistent and increase the Force cost efficiency of Leeching Strike / Serenity Strike, so we made some adjustments to Leeching Hunger / Serene Poise and the amount of Force restored by Fulguration / Rebounding Force to achieve these goals. This should give players of Hatred / Serenity a smoother and more reliable source of Force regeneration.

In 5.3, players of Hatred / Serenity should find that their DPS output potential has increased and that their Force regeneration is a bit less random and more manageable.

With that in mind, here are the exact changes currently planned for 5.3 in July (subject to change, of course):
Assassin
Hatred

Please let us know what you think of these changes! Post your thoughts below, thanks everyone.