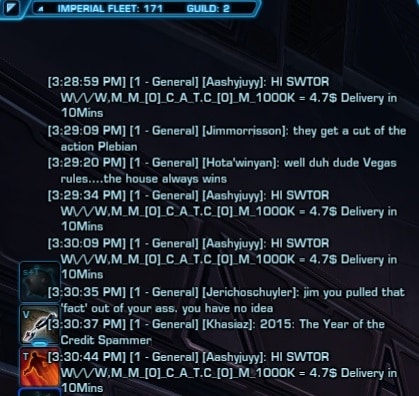 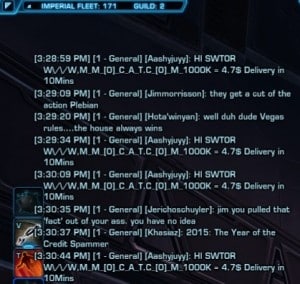 In a joint operation across the world, BioWare investigators have tracked down hundreds of accounts and confiscated their total assets of more 9 billion credits. All accounts are now in jail, and awaiting the death penalty. Good work boys! Here is the official news from Eric Musco:

Over the past few months there have been many issues with Credit sellers and Advertisers. As you have noticed lately, we’re communicating more about what’s going on behind the scenes, so this is another area where we plan to keep you informed.

Thanks to all of you who have been diligently reporting those pesky spammers and other characters acting suspiciously anywhere throughout our game. They are very persistent, but we will continue to aggressively remove credit sellers and advertisers from our game!

One thought to “SWTOR Taking Down a Credit Selling Ring”