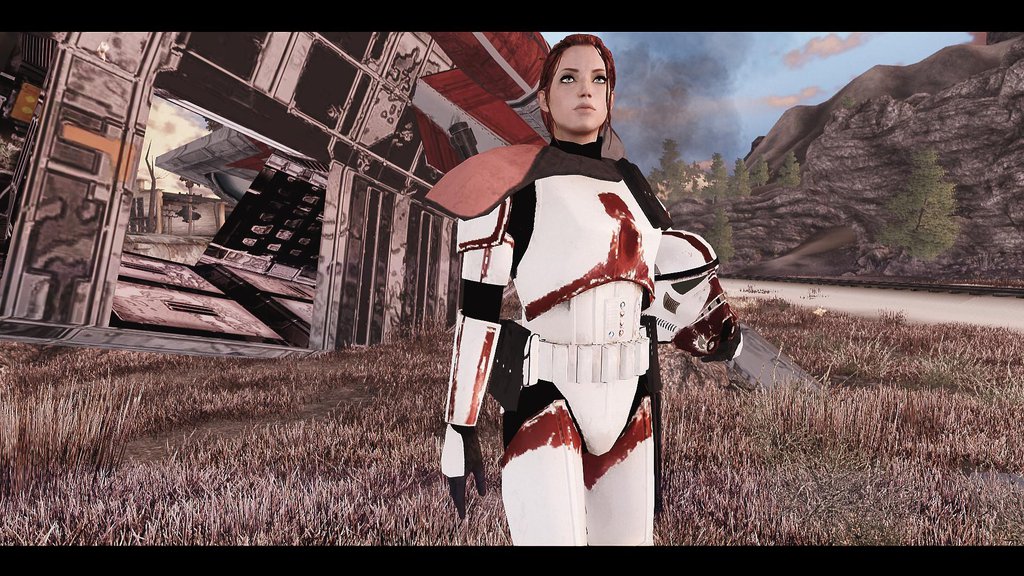 According to DICE’s general manager, Patrick Bach, Star Wars: Battlefront will have the option for the player to play as a female Stormtooper.

“Male or female characters are separate from customization,” Bach said. The design team wanted to stay true to what the fans would want to be able to customize.

“You can’t do it in crazy ways. You can’t have a pink Darth Vader,” he said.

When you look back to the time of the Palapatine’s ruling there were females included as Stormtroopers, and this choice falls in line with the established canon.

“Our customization is tilted toward what makes sense,” Bach told us.

Seeing that Stormtroopers, no matter what sex, where the same uniform, we could have seen female Stormtroopers in games before without realizing it. Star Wars: Battlefront is giving gamers the choice from the beginning and this means that females and males will be equal for the first time.

It has also come to our attention that gamers will be able to play as Darth Vader, Boba Fett, and even more characters in Star Wars: Battlefront.

The game is set to be released on November 17th.