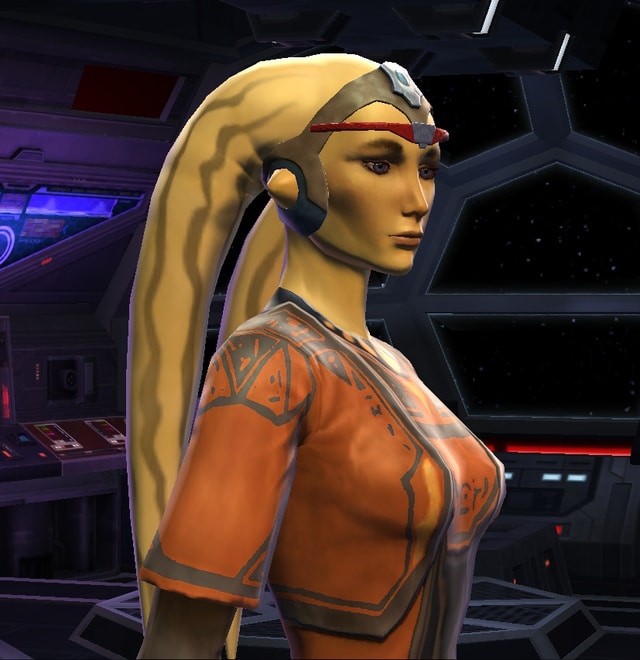 There’s no denying that female video game characters often have large breasts. The reasons why have long been debated. Perhaps it’s a throwback to comic book culture and early feminine heroines. Or maybe it’s because many early video game developers were men and they liked these busty characters. Or maybe it just looks good in video animation. Whatever the reason, we do see more busty females than flat-chested ones in video games.

As for me, I don’t really mind. In fact, as a female gamer who most always plays female characters, I usually make mine very large breasted. In games that have a slider on character creation, I slide that sucker all the way automatically and make those puppies as big as they’ll go. Then if it looks odd, I’ll adjust as needed until I like the way my girl looks. But 99% of the time, I leave those boobs as big as they’ll go. It’s just my preference.

So anyway, I didn’t notice in beta and early SWTOR that the breasts of the females did not go as large as they do in some games. I didn’t really care one way or another but I did make them as big as they’d go on my girls.

And several patches later, it does seem like my girls have gotten some work done on their girls if you know what I mean. But apparently I’m not the only one to notice.

In this post “I swear, my female SWTOR characters get bustier with every patch”, another player makes the same observation about her character. She shows some before and after screenies that show just what I saw in my own characters but one commenter makes a very good point: “It’s hard to tell if it’s been increased or if the shadow on the underside just makes them more pronounced.”

I can definitely see that there is shadowing under the breasts that help make them look more pronounced and I have also noticed that they change a little based on what gear my girls are wearing but even with all the factors combined, it still looks like they got a little increase in the breast size.

Has anyone else noticed this?