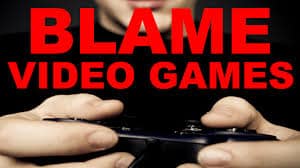 As Parkland, Florida shooting incident  dominates the national headlines, America is once again caught in mass hysteria over high school killings that seem to take place on a weekly basis. Statistics show there have been over 18 gun violence incidents on high school grounds in 2018 alone, where students, teachers and passersby were either killed or injured by a gun-wielding minor.

The latest in the string of these deadly events, the Stoneman Douglas High School shooting, took seventeen lives and sent fourteen more people to hospitals. The perpetrator was revealed to be one Nikolas Jacob Cruz who, at the time of the shooting, was just 19 years old. Adam Lanza was 20 when he slaughtered twenty children and six teachers of Sandy Hook Elementary School in 2012. It was one of the worst massacres in the US history that took place in 1999, at Columbine High School in Colorado, when Dylan Klebold, 17, and Eric Harris, 18, gunned down 13 people before committing suicide in the school’s library. Gun violence is a controversial subject in America, the country with more firearm-related deaths and injuries than any other nation in the world. The phenomenon is not new. However, the most disconcerting fact here is that children are killing children, seemingly without reason, targeting random individuals as opposed to familiar faces in an act of personal vendetta.

In the wake of Florida shooting, when it once again became clear that this problem is far from resolved, authorities and public figures started playing the blame game, well aware the public outrage will now put an added pressure on the urgency of solving what is considered a growing epidemic. Since most mass shooting perpetrators are teenaged or young adult males, an excuse conveniently stared them in the face. Point the finger at the gaming industry; shift the blame onto the supposed violent nature of video games and divert attention from the probable reason: the combined effect of dysfunctional society, liberal gun laws and mental illness.

The bottom line of this argument is that video games encourage kids to harm and murder, violent content brought to life in superb-quality graphics of the 21st-century technology, including virtual reality  desensitizes gamers to the sight of blood, gore and human suffering. Young minds are said to be particularly susceptible to this phenomena, their subconscious shaping them slowly but surely into homicidal maniacs or simply confused individuals who cannot grasp the concept of social responsibility and the permanence of death. While this reasoning may seem entirely justified to those who have never played any game and know very little about the entertainment industry as it is today, others more familiar regularly warn against the dangerous blame game. While any unpleasant imagery may have a devastating effect on the fragile psyche of mentally ill or severely socially maladapted children, it has never been proven that exposure to video games can affect sane and stable individuals. In fact, the research done by relevant institutions proves the real truth is anything but. Less than 20% of all mass shooting perpetrators played video games at one time or another prior to committing the crime. On the other hand, over 70% of teenagers, both male and female, is involved with this form of entertainment in one way or another, without ever slaughtering anyone. When it comes to gaming-induced aggression and homicidal tendencies, recent studies  have found that only a 0.5% increase in such behavior can hypothetically be linked to games of any genre: action-adventures, first-person shooters , role-playing games or even games of chance or skill . Furthermore, there is undoubtedly a tendency among older, less technologically savvy scholars, to abandon objective reasoning and readily support the notion of ‘’evil PC games”, without any real evidence to substantiate the claim.

When it was revealed that Columbine shooters were fans of Doom, the public entered a lynch mob state of mind and the crux of the adolescent aggression problem was found in the violent nature of video gaming products. Immediately after Florida shooting in February 2018, politicians revived the initiative to ban or limit the use of violent video games. Claiming they ‘’celebrate a culture of death’’, Gov. Matt Bevin compared video games to pornography , further saying the health risk they pose is the same as that of smoking.

If we don’t accept the fact this extremely complicated phenomenon is a multi-faceted, compound and intersectional problem, not much of anything can be done to solve it and prevent high school massacres. What about books, movies, TV shows? Each of these entertainment fields offers products that may potentially serve as a catalyst for violent behavior among minors. Should we prohibit all of these and enforce an Orwellian society as the only way to be crime-free? Children play games all around the world, but the issue of mass shootings seems to be prevalent only in the United States. This can only mean the cause is inherent to this country and should be looked for in the immediate societal setting.