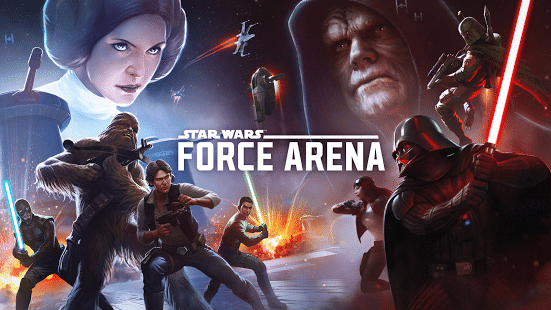 Over $8 billion dollars in box office sales. Almost $38 billion in toys and merchandise. A sale to Disney around the $4 billion mark. These gigantic, record-breaking figures are enough to suggest that Star Wars is one of the world’s most phenomenally successful movie franchises of all time. There’s also the millions of fans from around the world who name Star Wars as either a favourite movies series, a creative influence, or even a life-changing piece of cinema.

So why is Star Wars so popular? Back in 1977, there were plenty of Sci-Fi movies from relatively unknown directors, and 1977’s A New Hope was just another space-flick with a couple of big names. The big difference however was the depth, the vision and the scale that the original Star Wars movie had that made it such a smash-hit success, as well as the brilliant visual effects, well-paced storyline and superb John Williams score.

When The Empire Strikes Back and Return of the Jedi rolled around in the 1980s, Star Wars mania had officially kicked in and soon the trilogy was competing with classic films for the highest grossing movie of all time. It seemed that Star Wars was unstoppable, and there were plenty of ideas for sequels and prequels in the pipeline. But after Return of the Jedi, things kind of stopped, with fans having to wait almost 2 decades for another movie in the series

The Return of the Money 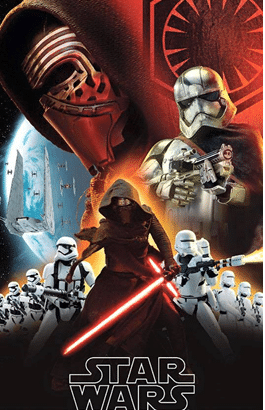 Ater this wait, Lucas rebooted the Star Wars universe. The Phantom Menace was released in 1999, and there were plenty of nostalgic Star Wars fans who paid to see the newest in the series of prequels, telling the story of the birth of Darth Vader as well as the origins of characters like Obi Wan Kenobi and Yoda. The Clone Wars and Revenge of the Sith followed throughout the 2000s, and although the prequels weren’t as well received as the original trilogy, they definitely spawned a new wave of Star Wars fans, who kept on buying the toys, DVDs, books and other merchandise that have made George Lucas so much money over the years. It is these add-ons that have generated the most money for the franchise, and Star Wars was practically the starting point for the movie tie-in. From full size lightsabres to action figures, Star Wars toys and collectibles make up over $12 billion dollars of Star Wars franchise earnings, and it’s this earning potential that piqued Disney’s interest when Lucas finally became open to selling the Star Wars franchise.

The choice of Star Wars-related merchandise out there is quite incredible. Naturally, there are the run-of-the-mill items like t-shirts, coffee mugs, miniature drones that take the shape of the spacecraft from the series and a waffle maker that makes waffles in the shape of little Death Stars. There’s even a 21st century Star Wars slot machine, which isn’t found in casinos, but actually online. Online slots are hugely popular with modern day gamers, so it makes sense to have games covering every niche. It is not only the Star Wars franchise that has a slot game based on it; the best online casinos have a wide selection of slots from the movie world. Some of the most popular movie-themed slots include Clash of the Titans and Spartacus.

The variety of products, and George Lucas’ willingness to add a Star Wars badge to literally anything (check out the Yoda grapes and BB-8 oranges), is one of the biggest reasons for the financial and cultural success of Star Wars. As well as a great series of movies, the exposure and hype helped Star Wars products to become must-haves for big and small kids around the world, and making Star Wars into way more than just a movie series.

One of the best parts of the Star Wars universe is the now huge and diverse range of characters to choose from. There’s literally someone that absolutely anyone can relate to (some of us hold Jabba the Hutt close to our hearts), and this makes for compelling storytelling. You could even argue Star Wars was the forerunner to subsequent fantasy series like Game of Thrones and the Marvel Universe, who are jumping on this ‘expanded universe’ bandwagon to create a rich world of character development and storylines. The more cynical amongst us however will realise that it’s also a great way to sell more toys.

The Disneyfication of the Star Wars 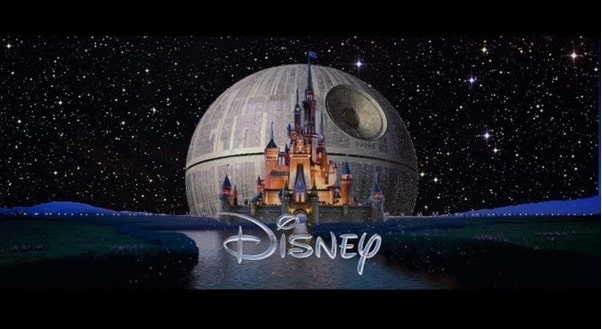 If you thought George Lucas was ingenious when it comes to profit maximisation, then you’ve seen nothing until Disney find a successful movie idea. When the opportunity to buy Star Wars (as part of Lucasfilm Ltd) came along in 2015, Disney absolutely jumped at the opportunity. Barely a year later, Star Wars episode 7 was released to critical acclaim, and the nerves of Star Wars fans were calmed significantly when the reboot did justice to the originals, and certainly outperformed the 90s / 00s films with a mind-blowing $2 billion dollar gross at the box office. Now, we’ve been treat to episode 8 and a new Star Wars concept, a spin off and prequel to 1977’s A New Hope in Rogue One. Definitely pleasing fans, the scope and direction that Star Wars is being taken in is certainly exciting and fresh, without leaving the original material in the dust, contributing further to the success of the franchise

How Star Wars will shape up over the next 5-10 years is looking very tasty indeed. A standalone Han Solo movie is already on the way this summer, and we’re getting some indication to how the final movie in the new trilogy will look in a couple of years’ time. From there, there’s another trilogy expect with Rian Johnson on board, and more potential from Game of Thrones TV series creators David Benioff and D. B. Weiss. There’s certainly loads to look forward to, and that certainly means new toys, characters and merchandise that we’ll be getting out hands on too!