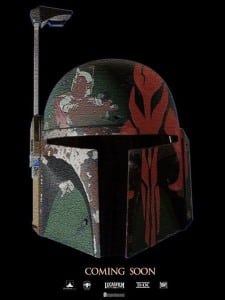 “Godzilla” director Gareth Edwards has a date with another monster franchise. A week after his “Godzilla” reboot claimed the top spot at the box office with a $93 million debut, Lucasfilm announced late Thursday on StarWars.com that Edwards will helm the first planned “Star Wars” spinoff film.

Soon after Disney acquired Lucasfilm in late 2012, it announced its plans to produce at least three spinoff films not directly related to the planned trilogy currently shooting under J.J. Abrams’ direction. Those films will reportedly focus on various characters from the “Star Wars” universe — Boba Fett, Yoda, Han Solo (anybody but JarJar Binks). It hasn’t been revealed who the main subject of the Edwards film will be

The plan is to release a new “Star Wars” movie every year starting in 2015, alternating between trilogy installments and spinoffs. Edwards film is slated for Dec. 16, 2016.

““Ever since I saw ‘Star Wars’ I knew exactly what I wanted to do for the rest of my life — join the Rebel Alliance!,” Edwards said in a statement. “I could not be more excited and honored to go on this mission with Lucasfilm.”

The new film will be written by Gary Whitta (“The Book of Eli”), who sounded every bit as excited as Edwards to be on board.

“From the moment I first saw the original movie as a wide-eyed kid, ‘Star Wars’ has been the single most profound inspiration to my imagination and to my career as a writer,” Whitta said. “It is deeply special to me, so to be given the opportunity to contribute to its ongoing legacy, especially in collaboration with a film-maker as talented as Gareth, is literally a dream come true. I’m still pinching myself.”

Interesting enough he wrote this Comments On A New Trilogy Back in 2011. Guess he changes his mind….