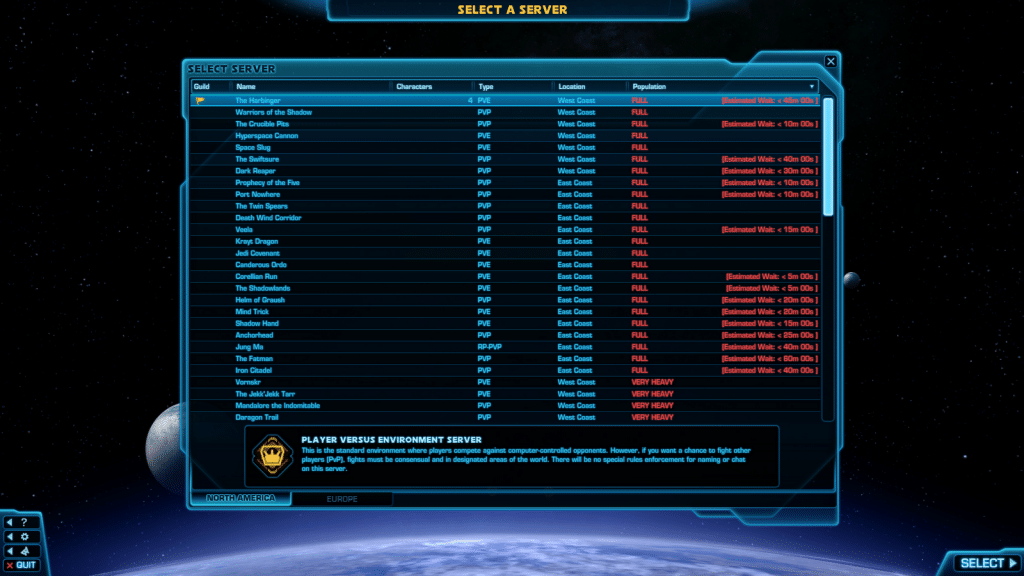 While they are still not saying “merge”, it seems a true merge is incoming later this summer. Many people are talking about a server merge on a greater scale and while BioWare is not actually using that terminology, it does seem like this might be what’s happening coming soon. And will it be such a bad thing? Seems like all the players I have talked to say if it makes the game better and gives them more people to play with, they’re ok with whatever BioWare needs to do.

In a blog on the official servers, BioWare explains more about the Free Character Transfer Service, server populations and what that means to you and me:

We want to thank all players that have participated in our Free Character Transfer Service.  With strong destination server populations, we hope that you’re enjoying the improved gameplay experience and are excited about receiving the Gannifari mini-pet and the 25 Black Hole commendations that we announced as part of the Free Character Transfer Reward Program.

Later this summer, we’re taking steps to further strengthen destination server population. Ultimately, we are working to transition all players to designated destination servers in the Free Character Transfer Service.

Later this summer, any remaining characters on selected origin servers will be automatically moved to designated destination servers. We will provide additional details regarding the automatic character transfer process at that time.

Thanks again for your participation and support!