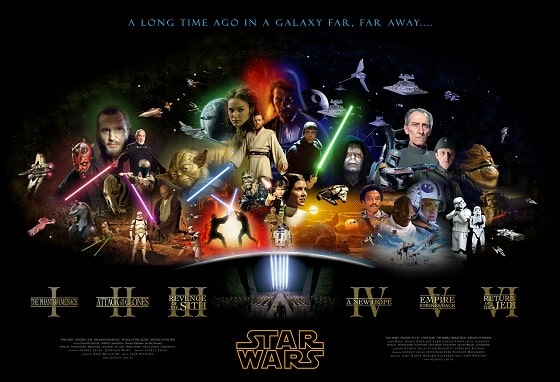 Great news for fans who have been waiting for the Star Wars movies to finally release on digital platforms. They’re coming to iTunes as well as Xbox and Playstation this Friday. There are also supposed to be some new special features for each movie with these new digital releases. For example, the theatrical cut of the podrace from The Phantom Menace is available.

The first six movies will all be available on iTunes for $19.99 each starting on Friday, April 10th. You can only buy them, and they’re the same editions as on the Blu-ray versions of the movies.

They are also coming to Xbox and the Playstation. CinemaBlend explains:

The folks over in the Xbox camp, however, are doing it up a bit bigger. Along with anews post on the Major Nelson blog, Xbox fans who buy the full movie collection will earn a free copy of Star Wars Pinball from the fine folks at Zen Studios, as well as an R2-D2 Avatar Companion. Pre-orders for the digital films are available on Xbox consoles now, with the full series to release on April 10.

As the news post points out, this is the first time the Star Wars films have been made available in digital HD, and the new set will include “new never-before-seen bonus material.”

And what special thing does Disney have in mind for Xbox customers who are Star Wars fans?

“Disney is offering a Star Wars featurette video exclusively for Xbox customers; only by pre-purchasing the Saga on Xbox Video will you receive an exclusive, roughly 60 second sneak peek at the bonus material included in the Star Wars Digital Movie Collection,” continues the post.

There is not a lot of other info being released yet but we should know more on Friday, April 10th. We’ll keep you posted if anything changes!