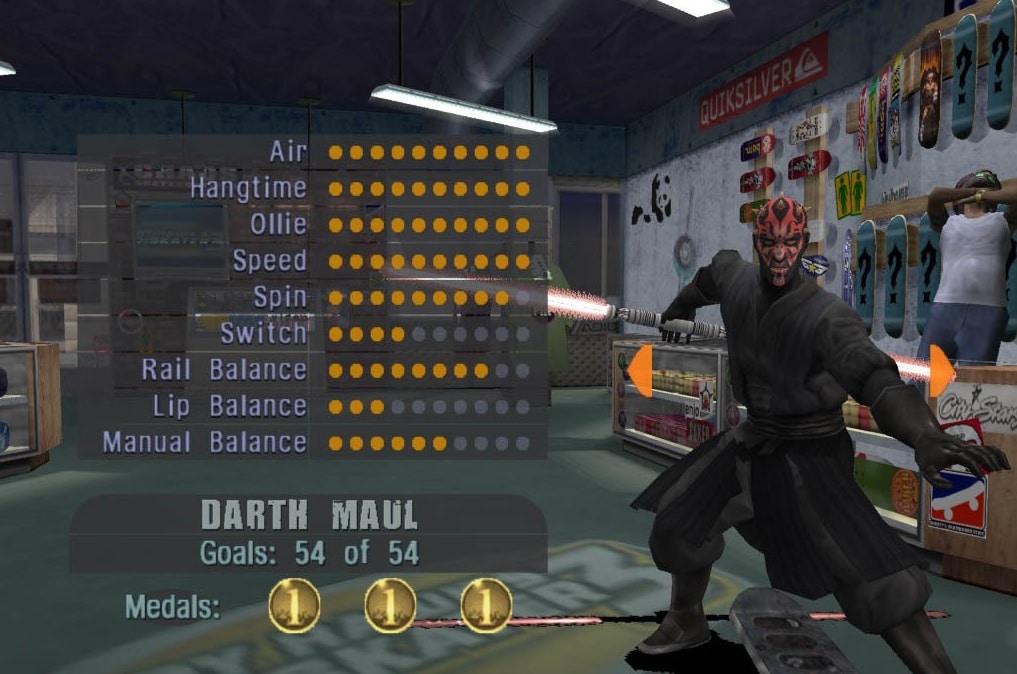 Star Wars video games are great, but they aren’t the only place that your favorite Star Wars characters show up! You might be surprised to find out that you can play as Yoda, Darth Maul, Han Solo, Darth Vader, and Jango Fett in other video games. Here are a few of my favorites.

In Pro Skater 3, you can unlock Darth Maul as a skater, and Pro Skater 4 includes Jango Fett. Use the power of the Dark Side to take your skateboarding to the next level! Darth Maul keeps his lightsaber at the ready and uses the Force to help him out with some tricks, and you can see here that Jango uses his jetpack as well:

There’s reportedly another Pro Skater in the works, so hopefully we’ll see some more Star Wars characters in the next one, too.

What better kind of game to feature Star Wars characters than a sword-fighting game? The fourth installment in this series includes Darth Vader on the PS3, Yoda on Xbox 360, and Galen Marek in both. You can see Yoda in action here:

You might not expect any Star Wars references in a World War II flight simulator, but because Secret Weapons over Normandy was made by LucasArts, both an X-Wing and a TIE fighter make an appearance (skip to 3:00 in the video to see them battling it out with World War II-era fighters).

A number of Star Wars characters show up in both LEGO Indiana Jones games, and Han Solo is playable in the first one. To unlock him, you’ll need to find a bunch of other characters first; the video below shows where you can find them and how to get Solo.

Han also shows up in a non-LEGO Indy game; Indiana Jones and the Staff of Kings for the Wii includes an unlockable Han as well.

Have you played as Star Wars characters in any of these games? What about other games? Share your favorites below!