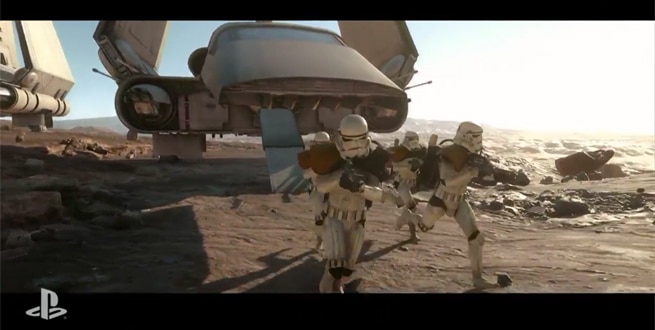 Star Wars Battlefront is on the way soon (finally) and it’s no surprise that people are looking to learn more about the game, what they can expect, and what to make of the rumors. With beta testing concluding, we now have a bigger picture of what to expect from the actual release of the game in less than a month. While critics still abound, there is no shortage of fans who have great things to say about the game, the beta, and the upcoming release.

If you want to have some of your questions answered direct from the source, you might appreciate this. Viktor Lundberg, the Mission Scripter for Star Wars Battlefront has answered some of the questions regarding the Training Mission on their website.

It’s worth the time to read it all for yourself but here’s a snippet:

What do the Training Missions consist of?

There are five different Training Missions, and also a tutorial called Probe Droids where you’ll learn about blasters, Star Cards, and blowing up Imperial hardware. In the Beggar’s Canyon Training Mission, you’ll soar through the Tatooine skies, bringing down TIE fighters with your X-wing. You’ll master yet another iconic vehicle in the Invasion Snowspeeder mission, set on the icy planet of Hoth.

Do I get to play as the Empire as well?

Absolutely. Playing as an Imperial soldier, you’ll get a feel for the powerful AT-ST Walkers in the Overpowermission and in Endor Chase your objective is to hunt down Rebel scum who have stolen speeder bikes on the forest moon of Endor. Finally we have The Dark Side, a Training Mission that lets you play as the galaxy’s most feared villain, Darth Vader. Use your Lightsaber™ and Force powers to attack a Rebel base on Hoth, and team up with a friend to get none other than Emperor Palpatine fighting beside you!

That’s right, you DID just read that you can play as Darth Vader. That alone is enough to get some fans excited. They go on to explain training missions with a friend, how the tutorial works and what else you get from it, who the training missions are specifically designed for and more. So there you go! No wonder this was the biggest beta in EA history. People are excited for this game, no doubt.

Star Wars Battlefront will be released on November 17th for the PC, Playstation 4 and XBox One consoles.