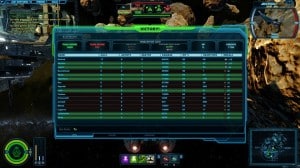 Now that we have the new expansion Galactic Starfighter, SWTOR players old and new are looking for ways to survive in this fast-paced and hectic game environment. You want to succeed in your challenging battles and progress forward so you might need a few tips. You don’t want to end up as that pilot who dies all the time so here are some tips to help you master SWTOR Galactic Starfighter:

Bonus: Which Ship to Use

On the topic of which ship to use, here are some basic guidelines. There are always exceptions to the rules and it depends on what type of player you are but in general: