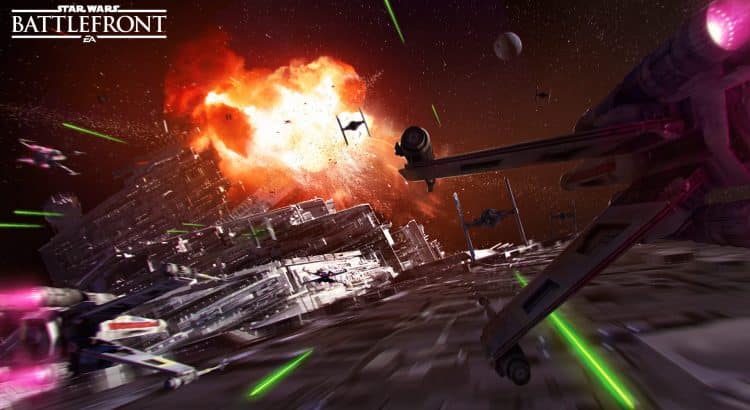 “Star Wars Battlefront” Death Star DLC ship, costume and hero details have arrived thanks to the latest issue of Star Wars Insider, as transcribed by sources on Reddit. If  you want to know what to expect from the latest downloadable content. So first, we know that the Death Star is going to take us into space. What will we experience there? Ships are going to be a big part of the experience. You can also expect to see both Luke Skywalker and Darth Vader as part of the battle, along with their iconic ships.

“If you’re flying your own TIE fighter within the vicinity of the Dark Lord your damage capability increases,” said DICE designer Dennis Brännvall. He added that “Luke’s ship is pretty similar to a normal X-wing, except R2-D2 is on board – he gives Luke the ability to repair the starfighter whenever it takes damage.” This is going to make it more powerful than your standard stock ship. There will also be two new heroes coming with this expansion – the ever popular Chewbacca, and the villain Bounty Hunter, Bossk. There will be new costumes for the new heroes as well as existing heroes so if you’re getting bored with your look and searching for something new, now is the time. You can also get Leia’s infamous dress and hairstyle from “A New Hope”.

It seems like the devs are being a bit more open about this DLC than they were about the previous content for Bespin. Is it that they know players are going to dig around and try to find out anyway, or is it an attempt to get and keep players interested in the game and its new content? At the end of the day, we know new stuff is coming and it sounds like fun.