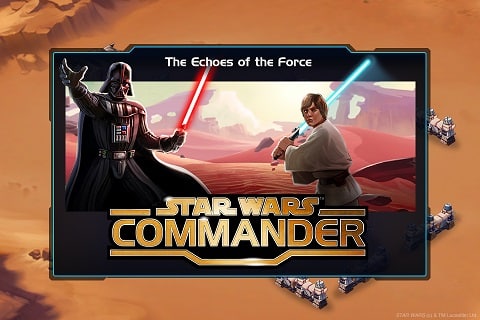 The update is going to include, among some yet to be fully detailed changes, support for two characters that will also be released with the update as part of a limited-time campaign – Luke Skywalker and Darth Vader. They were strangely not included in the game at launch, but will come with special abilities that will bring a sound advantage to players.

Star Wars: Commander has been originally released this August in soft-launch mode on the Australia App Store, becoming available in all other regions some time later. The game is a free to play strategy that doesn’t play all that differently from Clash Of Clans and other similar games, as players will have to defend their home bases by using troops and vehicles taken from the Star Wars Universe, as well as Heroes like Han Solo, Princess Leia and more.

Star Wars: Commander is now available for free on the App Store in all regions. The new update and the two Hero characters Luke Skylwaker and Darth Vader will be released tomorrow on December 11th.