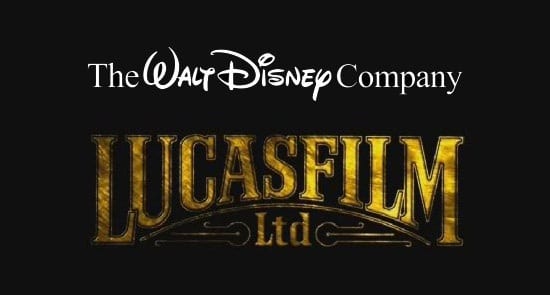 Is it really any surprise that fans everywhere are super excited about the new Star Wars film? I, for one, knew it would happen. I don’t think anyone would really argue that point. But after the full trailer released, my social media feeds were filled with Star Wars talk. Websites crashed, hashtags soared to the top of trending topics… it was being discussed in schools and workplaces everywhere. That is the power of Star Wars and the new film has people everywhere excited. This did not go unnoticed with Lucasfilm (and likely not unexpected either) so they took time to write up an official Thank You letter to fans.

In this post, they explain just how strong the Force is with fans across the globe:

After two record-breaking teasers, the full trailer for Star Wars: The Force Awakens debuted earlier this week, and we are humbled by the response. The sneak peek shown during ESPN’s Monday Night Football was seen by a TV audience of over 16 million, followed by an immediate release on YouTube, Facebook, and platforms worldwide. In just 24 hours, the trailer was viewed online more than 112 million times. That’s 128 million times globally in a single day! But more than numbers, there was discussion, there were reaction videos, there were fun memes. There were cheers and there were tears from fans young and old. We saw and loved it all, and it meant the world to the creators of the film. And we were equally blown away by the advance ticket sales.

Websites slowed, crashed, and became one with the Force. (There probably hasn’t been this big of a network jam in a galaxy far, far away since the Emperor’s trap in the Battle of Endor.) Incredibly — but not surprisingly — you set numerous records, including the biggest-ever 24 hours for advance sales in numerous countries. In the UK, more than 200,000 tickets were sold in the first day. In Norway, you braved subzero temperatures overnight to make sure you were among the first to see the film. Fortunately, there are still plenty of tickets to be had for opening weekend and beyond.

Ultimately, they want to send a thank you. A shout-out to all the fans, all over the world, who are excited to see the new film.

They close with these words:

Thank you all for making the Star Wars universe what it is, and for keeping it alive and growing and meaningful. Star Wars is back and beginning an exciting new journey, and it’s because of you.

The Force. It’s calling to you. We can’t wait for you to let it in, again, this December.

I admit, I am excited.

I know a great number of my friends are excited too. Non-Star Wars fans might not get it but truly this is more than just a movie. As I’ve said here before, this is an experience. This is a piece of pop culture history taking place in our lifetimes.