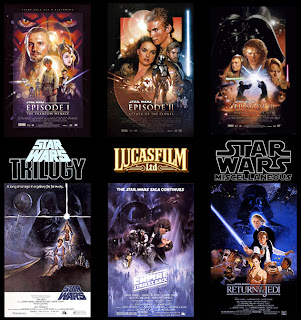 Apparently, LucasFilm has decided to covert the Star Wars Trilogies

into 3D. This is not exactly a surprise, as Hollywood is an a rush to make every movie 3D. But how big of a money maker will it be for the franchise?

In 1997, George Lucas released the special editions of Episode IV, V and VI into theatres. Star Wars opened in January and sold $138 million worth of tickets. The Empire Strikes Back

opened a month later, but only had $67.6 million in tickets sales. Finally, Return of the Jedi

opened in March, and ended its run with $45.5 million in sales.

Now, if you assume that the Original Trilogy films bring in exactly the same money in tickets sales for a re-release in 3D, then LucasFilm would stand to bring in $250 million in ticket sales on a $37 million investment. My guess is that if they do the 3D right, and do it quickly, then they are looking at tickets sales much higher than $250 million for this new release.

Clearly Lucasfilm will make their money back and then some, but is it worth doing? Does anyone care to see this or is it just another case of Lucas screwing around too much with the franchise?