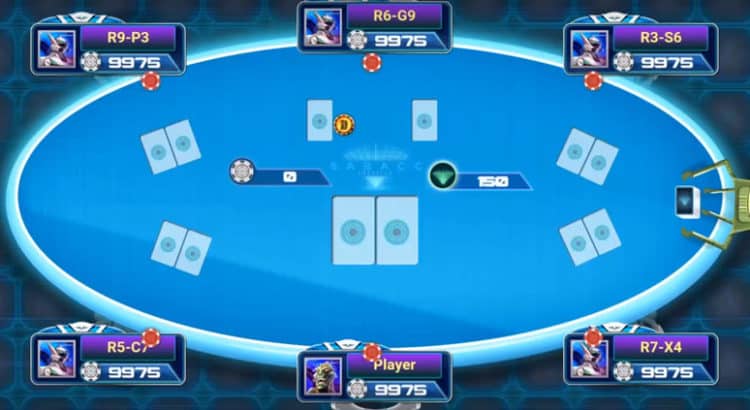 Some of the best movies of all time are those that manage to grab our attention and snatch us into their worlds. They present us with an opportunity to learn how those worlds work, discover their history, get familiar with different species that live there, their food, and of course, their games.

In Star Trek, Kirk and Spock passed their time by playing three-dimensional chess, and in Harry Potter, the four houses competed in a game of Quidditch.

When it comes to Star Wars, in a galaxy far, far away, those prone to taking risks and relying on luck work their way to immense riches by playing Sabacc.

Sabacc is a card game that made numerous appearances throughout the Star Wars franchise. If you have seen the movies, you already have a vague idea of how it works. If you haven’t, well, the first thing you should do is go and watch the movies because they are fantastic. After you are done making good life decisions, the easiest way to explain Sabacc would be to say it is a mixture of poker and blackjack.

The game includes a lot of craftiness used for deceiving your opponents, a bit of luck, and even more skill. It is played with a deck comprised of 76 cards — 60 of those come in four different suits, and 16 of them are two sets of 8 special cards.

It can be played with as little as two people and as many as eight players. In order to win, a player must have a hand that’s as close as possible to either -23 or 23 without going over those numbers.

In case they do go over, they will bomb out and immediately lose, which is not something you’d want to do considering the game is most often played with high stakes.

There are more than 80 different variants of Sabacc but the most popular one is undoubtedly Corellian Spike. The game plays a significant role in the newest Star Wars anthology movie Solo: A Star Wars Story and sheds light on how Han Solo won the Millennium Falcon from Lando Calrissian. And the rest, well, that’s history.

Among numerous variants of the game, one even made it to our world. However, that story ended somewhat badly for the creator.

A while ago, Lucasfilm Ltd. was in dispute with an app developer Ren Ventures Ltd. over the rights to Sabacc. Namely, Ren Ventures developed an app that was based entirely on Sabacc and even went as far as to register the Sabacc name as their trademark.

While Lucasfilm never pushed to trademark the name itself, the company had assumed that Sabacc falls under the umbrella that covers all concepts and ideas that are part of the Star Wars brand.

Naturally, the moment they caught wind of what was going on, Lucasfilm filed a lawsuit, and it didn’t take long before the California judge ruled in their favor. However, it remains unknown whether Ren Ventures committed infringement deliberately or accidentally.

In return, Ren Ventures filed a separate lawsuit against Lucasfilm, Denny’s, and even Collider for promoting the Sabacc game right before Solo: A Star Wars Story hit the theaters, claiming they were causing confusion among the consumers and using it for their personal gain.

Regardless of the amount of money Ren Ventures will have to pay to Lucasfilm in damages or the outcome of the lawsuit they filed against Lucasfilm, we are positive that Star Wars fans all over the world are glad that Lucasfilm won their lawsuit and retained Sabacc as their intellectual property.

After all, can you imagine the scenario where Han Solo never plays Sabacc against Lando or they never end up meeting? We would still be living in a world where everyone thinks that it takes 20 parsecs to make the Kessel Run.