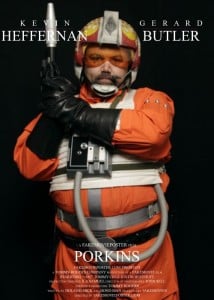 Josh Trank will direct one of the planned standalone Star Wars films, it has been announced. Lucasfilm announced that the 30-year-old filmmaker will be at the helm of one of the two announced Star Wars spin-offs being made outside of the third trilogy.

Josh said: “The magic of the Star Wars Universe defined my entire childhood. The opportunity to expand on that experience for future generations is the most incredible dream of all time.”

Lucasfilm president Kathleen Kennedy added: “We’re thrilled to welcome Josh into the family. He is such an incredible talent and has a great imagination and sense of innovation. That makes him perfectly suited to Star Wars, and for this new slate of movies that reach beyond the core characters and storylines of Episodes I through IX.”

An earlier announced spin-off is to be led by Godzilla director Gareth Edwards.

Movie bosses announced last year that they would be making a set of spin-off films as well as the new trilogy starting with JJ Abrams’ eagerly anticipated Episode VII, which is already shooting in Abu Dhabi and is due to be unveiled in 2015.

Plot details for the standalone films haven’t been announced but speculation is rife that they will focus on characters such as Yoda, Han Solo and Boba Fett.