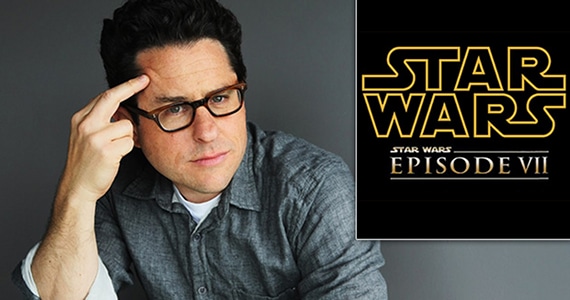 I’ve been a fan of Abrams for a long time now but these days, when you mention the name JJ Abrams, one question comes out of everyone’s mouths: “When will we learn more about Episode VII?”

It’s safe to say that Star Wars fans all over are excited about the new movies and while Abrams was able to work on Star Trek with some level of objectivity, we have to wonder if he will do the same with Star Wars. He is admittedly a big fan and it begs the question of how he will approach this very big task.

Empire Online had the chance to sit down with Abrams for a bit and ask him a few questions about Episode VII and his plans for the movie series:

“I don’t know because we’re just getting started. So it’s a great question that I hope I’ll have a good answer to when I know what the answer is. There are infinitely more questions than answers right now, but to me, they’re not that dissimilar. Though I came at these both from very different places, where they both meet is a place of ‘Ooh, that’s really exciting.’ And even though I was never a Star Trek fan, I felt like there was a version of it that would make me excited, that I would think ‘that’s cool, that feels right, I actually would want to see that.

“How we were going to get there, what the choices were going to be, who was going to be in it – all of those things I knew would have to be figured out, but it was all based on a foundation of this indescribable, guttural passion for something that could be. It’s a similar feeling that I have with Star Wars. I feel like I can identify a hunger for what I would want to see again and that is an incredibly exciting place to begin a project. The movies, the worlds could not be more different but that feeling that there’s something amazing here is the thing that they share.”

It’s very, very exciting news and Lucasfilm did a great job of hyping up the fans when they first announced that Abrams would be working on the films. He first turned down directing the series, which threw many fans (myself included) off in thinking that he wasn’t going to do it. So imagine our surprise when we found out he had been convinced!

Here’s what he had to say about that:

“My knee-jerk reaction was that I’m in the middle of working on the Star Trek movie and I can’t even consider it. But then time went by and I got further along working on the movie and getting to a place where I had done most of the heavy lifting. So when I met with Kathy Kennedy we just started discussing it and I was able to actually engage in the conversation. I went down to tell Katie, my wife, and I said ‘I had just a very interesting conversation with Kathy.’ That was the beginning.

Good job Kathy for convincing him to join the team!

So there we have it- some words from Abram himself about doing the new Star Wars films. We’re not getting a lot of info about what we can expect for the movies and that’s not likely to change any time soon. I guess we’ll be waiting just like everyone else.