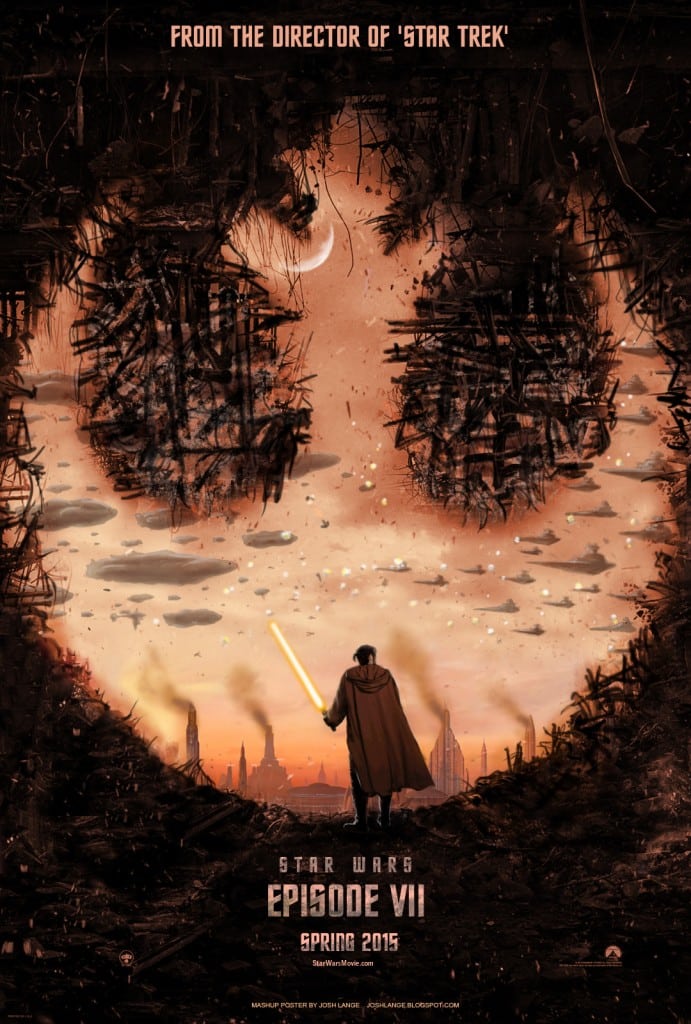 How many SWTOR fans are also fans of the Star Wars movies? Are you excited about Star Wars VII? In a fun and interesting (but not necessarily surprising) turn of events, Star Trek and Star Wars come together once again. Michael Kaplan, the man behind Star Trek Into Darkness’ distinctive costume designs, revealed that he is also joining the production crew of Star Wars VII.

In an interview with Buzzfeed, the famed designer whose credits include Blade Runner, Star Trek (2009), and Fight Club says, “I’ve just learned I’ll be working on the new Star Wars movie, again with J.J. Everything just got formalized [last week], I haven’t even had the chance to talk to anyone about it all other than to be told ‘welcome aboard.’

Personally, I’m excited about the news. He’s a great costumer and I bet JJ had something to do with bringing him on board the new team. I’ll think he’ll do a great job with the role he’s been given and it makes me even more excited for the new movies.

If you like the interesting and stylish costumes from Star Trek, then you’re probably going to be equally excited to see what he comes up with for the new Star Wars films.

What do you think? Is this a good addition to the Star Wars VII crew?

Star Wars VII is due in cinemas summer 2015, with JJ Abrams as director and Michael Arndt (Toy Story 3) as writer.