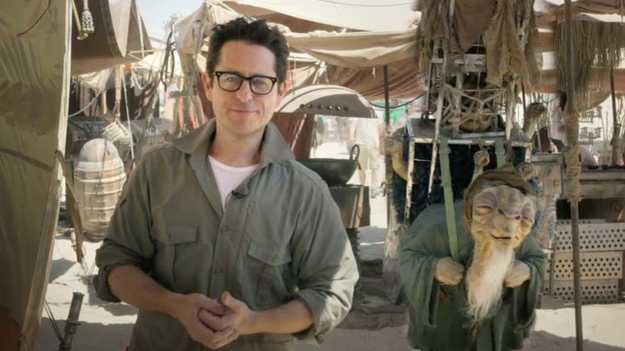 Star Wars director JJ Abrams has announced he is offering one fan the chance to film a cameo appearance on the upcoming film.

The new charitable venture between Disney, Lucasfilm and Bad Robot aims to raise funds for UNICEF’s Innovation Labs, which funds life-changing projects for children across the world.

Abrams tells fans in a new video that by donating $10 to the charity they could win the chance to appear in Episode VII, visit Pinewood Studios and meet the cast.

The video message was shot on the set of Episode VII and features a new alien character which resembles an ostrich.

Watch the video below

For each $10 contribution made eligible participants will be entered into the draw for the incredible prize which will also include airfare and accommodation in London, behind-the-scenes access on the closed set and the opportunity to meet the A-List cast.

Abrams explained: “The ‘Star Wars’ fans are some of the most passionate and committed folks around the globe.

“We’re thrilled to offer a chance to come behind the scenes as our VIP guests and be in Star Wars: Episode VII.””

Star Wars: Force for Change aims to help the world’s most vulnerable children and create sustainable solutions to issues including nutrition, water, health, and education.