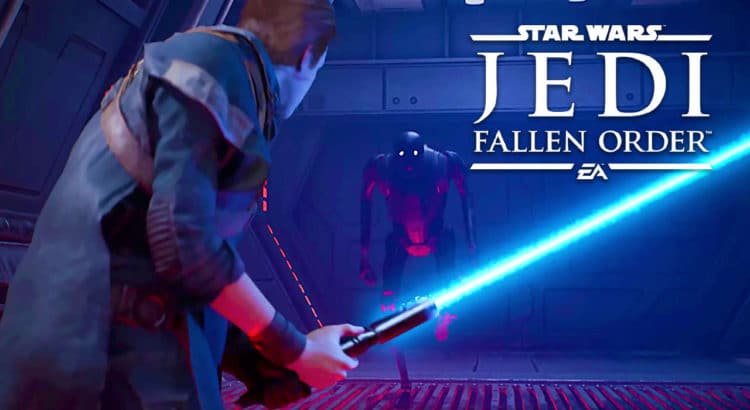 It’s finally here! The thing we’ve all been waiting for – an official launch trailer for Star Wars Jedi: Fallen Order. Now you can get a glimpse of the game for yourself and see what all the hype is all about.

EA Star Wars released the official launch trailer today and you can see it below, if you haven’t already. I know we all have high hopes for a new, great Star Wars games already after the genre has seen a lot of disappointment but I, for one, have to say this trailer has me pumped.

This game is definitely set to be one of the biggest launches this holiday season. Check it out:

The galaxy awaits as Cal Kestis embarks upon an epic journey in hopes of rebuilding the Jedi Order. Fight for your survival, explore the mysteries of a long-extinct civilization, and become a Jedi on November 15.

The game is set one year after the events of Star Wars: Episode III – Revenge of the Sith. Jedi are nearly extinct. Darth Vader is searching the galaxy to finish off any remaining.

Enter Cal Kestis, who is spotted using the Force to save a friend. This is who you get to play as, avoiding your own annihilation.

Do you think it will be worth the wait? It’s the first new single-player Star Wars game to come out in nearly 9 years, so yeah… I’m excited. I think the trailer looks great and everything we have seen and read about it up to this point is positive.