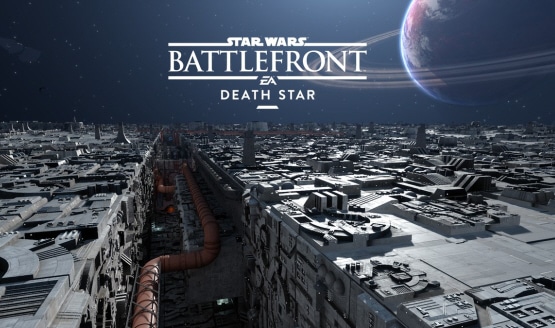 Star Wars: Battlefront’s latest DLC, called Death Star, was preceded by an insane amount of buzz, but when it landed, it actually fulfilled all expectations and more. In fact, its only shortcoming is that it’s way too short and that it brings less content than one would like. That is not to say there isn’t enough new content in the DLC. It’s all just so seamless and well-integrated into the movie-universe, that while playing, one actually feels like he/she is taking an active part in Star Wars canon. It makes people hungry for more, while indeed promising them a lot more in – as yet hypothetical – future expansions. There are so many great ideas, so many opportunities and potential offered by the Star Wars universe, it’s almost impossible for the devs to get things wrong from here on out.

While everything is superbly rendered in the game, there are subtle touches too which make a major difference. Such a touch is the removal of helmet-less Storm troopers from the game.

The action itself is superb too: players start out by trying to destroy or defend a Star Destoyer, and they continue the battle inside and around the Death Star. One can play as one of the new heroes, Bossk or Chewbacca, or even as R2D2, once the droid is reached. The iconic trench run is also featured in the game, during a stage where players can slip into the shoes of Darth Vader or Luke Skywalker. The Emperor is featured in the DLC too: in fact, his character is one of the most overpowered in the game.

At the end of the DLC, one is guaranteed to find him/herself wanting more…and in this case, that is a good thing.