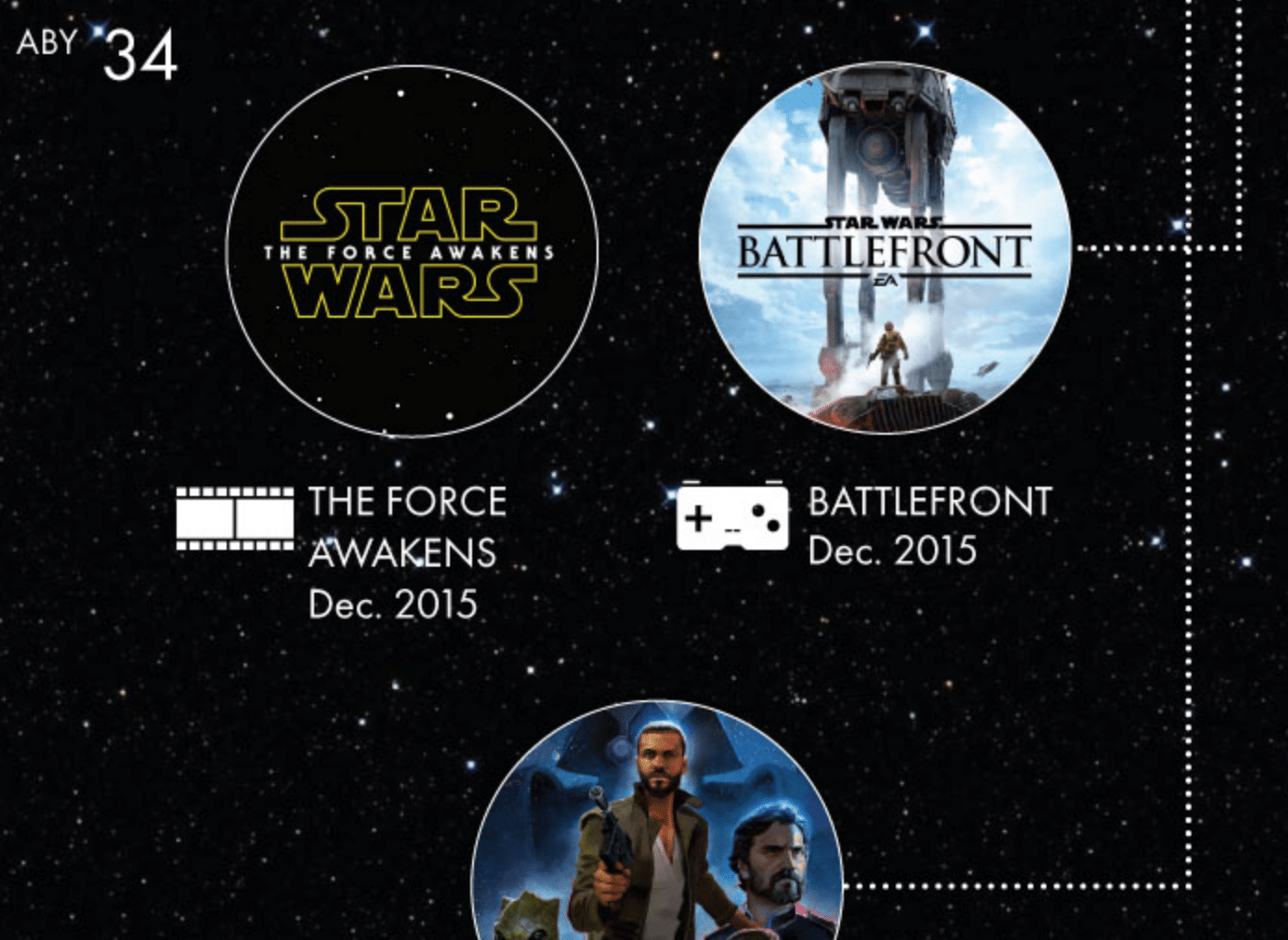 When Disney took over LucasFilm and decided to make another Star Wars movie, all of the Expanded Universe works became “un-canon.” They would no longer be recognized in the official Star Wars universe.

OuterPlaces has released an infographic that puts all of the canon works in an easy-to-read image. Check it out here, or view the original on OuterPlaces:

With all of the books and comics between the Battle of Endor and The Force Awakens, it looks like we’re going to get a very clear picture of what happened after the destruction of the second Death Star before the new movie comes out.

It’s also cool to see the two new Star Wars games coming out this year on the infographic as well, suggesting that we might actually learn more about the universe in those games.

If you want to get up-to-speed on the Star Wars universe, you’re going to have a lot of reading to do this fall!