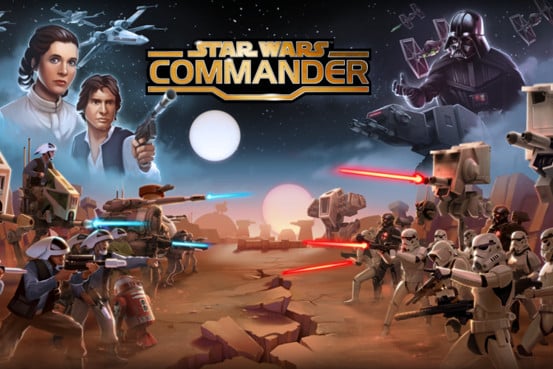 After 5 million downloads on iOS, Disney’s free-to-play mobile game launches recently for Android and Windows devices and fans are happy. Mobile games are exploding in popularity and Star Wars fans want to be able to take their Star Wars gaming on the go. But previously, you couldn’t enjoy the popular Star Wars Commander unless you had an Apple device. I, for one, was disappointed because I don’t use iOS. I am happy with my Samsung Android devices. Apparently, I was not the only one because after popular demand, Disney decided to release the F2P game for other devices this September.

Star Wars Commander is a combat strategy game in the vein of Clash of Clans. One of the game’s main differentiating factors, however, is that you can choose your side, either the Rebel Alliance or the Galactic Empire. On iOS, most people are playing as the Dark Side, except for gamers in North Dakota for some reason.

We know that not everyone is into mobile gaming yet but this is a cool little game and it gives you something to do if you’re ever just sitting around bored. Be careful though, you might find yourself getting addicted!

Disney also issued a statement with this launch saying they are working on new content for the game that will include new stories and characters. This is good news to fans and it shows that Disney is interested in continuing Star Wars content, even in the form of a mobile app.