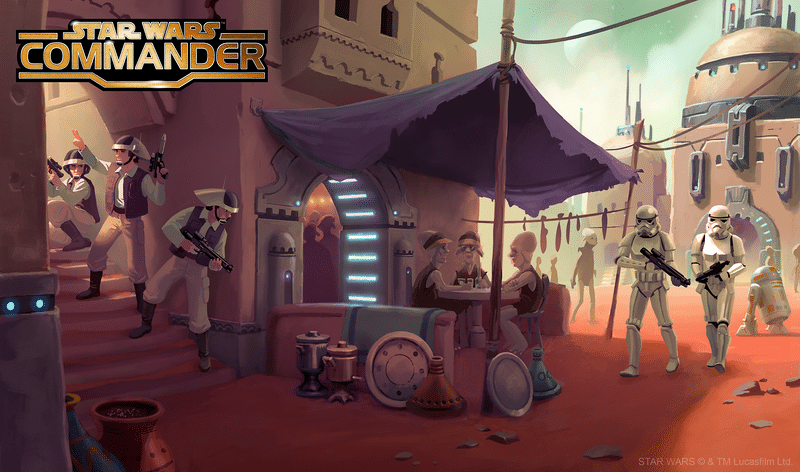 Last Thursday, Lucasfilm and Disney both let everyone know about the newest update for Star Wars: Commander, the mobile game, which has a new storyline and different elements that can be used during gameplay. The popular mobile game was originally released in August of 2014 and since then it’s been a favorite among many, having 15 million downloads so far.

This new campaign is called “Secret Alliances”, and the main goal is players fighting to keep the fate of the planet Er’Kit secure. Some of the new gameplay elements that are included are contraband, traps, and Starships. The new update is available today and if you don’t already have the mobile game, you can download it for free from Google Play or iTunes.

Find out about more of the new additions here.

Disney and Lucasfilm on Thursday announced the latest update for mobile game Star Wars: Commander, introducing a new storyline and gameplay elements. The game launched in August and has already climbed the charts, with around 15 million downloads to date.