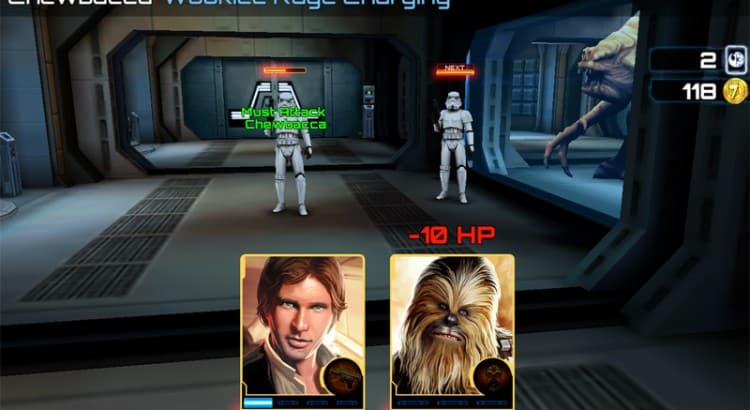 Star Wars: Battlefront has sold over 12 million units and with the hit movie, The Force Awakens still killing it in the box office, it’s probably going to make the sales of Star Wars video games only go up even more. While Star Wars: Battlefront has gotten some less-than-stellar reviews, that hasn’t stopped tons of people from buying it and wanting to try it for themselves. Since its release in November, it’s sold around 12-13 million units, and with its price tag of $55 on average, that means around $660 million in revenue.

According to Wedbush Securities analyst Michael Pachter, Electronic Arts EA -0.64% sold approximately 6 million Star Wars Battlefront games in November and an additional 6 million in December. Battlefront doesn’t directly tie into the movie The Force Awakens as far as timeline and content goes but the sheer popularity of the movie could definitely create more people who are interested in playing a Star Wars game. But it’s not just Battlefront that’s making a splash in the video game world.

Disney Infinity Star Wars is also doing really well. It has sold over $200 million of games and toys this fall. This makes Disney Infinity number one in the toys to life category. Other Star Wars games are also performing well. EA’s Star Wars: Galaxy of Heroes ($186,000), Konami’s Star Wars: Force Collection ($56,000) and Disney’s Star Wars: Commander–Worlds in Conflict ($43,000) generated over $285,000 in just the first day after the launch of the new film.

According to John Vignocchi, vice president of production at Disney Interactive Studios, Disney Infinity 3.0 has the console exclusive for The Force Awakens. Disney’s gaming division released a Disney Infinity The Force Awakens play set day and date with the film’s release. The game platform also has play sets based on the Disney XD Star Wars Rebelscomputer-animated TV show as well as the first two film trilogies.